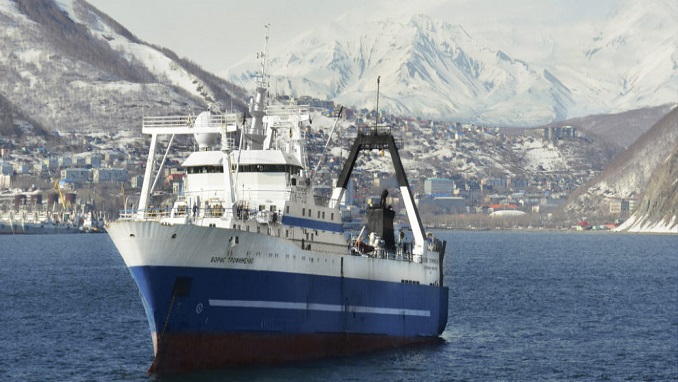 Russian fishing company Norebo Holding will increase its previously announced plans to build ten trawlers, up from the six it ordered originally, according to Kommersant.

Norebo, a whitefish harvester and processor, said in 2017 that it would spend $350 million on the six freezer-trawlers, which are being built at the Severnaya Verf shipyard. According to the report, that shipyard will now build four additional trawler-processors at an estimated 4 billion rubles ($60 million) each. That would put the total fleet investment at some $690 million.

The processors will produce chilled fish fillets, minced fish, caviar, liver, fishmeal and are expected to be delivered between 2020 and 2023. The vessels will catch pollock and herring in the Far East, the Sea of Okhotsk and the Bering Sea.

Currently, the shipyard is building the Captain Sokolov, which will have a capsule-type hull that measures 81.6 meters (268 feet) long and 16 meters wide. The company said that it already owns 45 vessels operating in the Atlantic and Pacific oceans.

Once complete, the Captain Sokolov’s processing capacity will be 150 metric tons per day, including more than 21 tons of cod and haddock fillets and about 7 tons of fishmeal. The freezing equipment will have the capacity of handling more than 60 tons of product per day, while cold storage capacity will provide up to 1,200 tons of fish and fish products and an additional 334 tons of fishmeal. It’ll have the ability to produce and store up to 97 tons of canned fishery products, including cod liver, the company said.

Icelandic company Nautic, one of the Knarr Maritime companies, is credited for the design, which was adapted to the requirements of the Russian Maritime Register of Shipping by the St. Petersburg-based Nautic-Rus design department, according to Norebo.