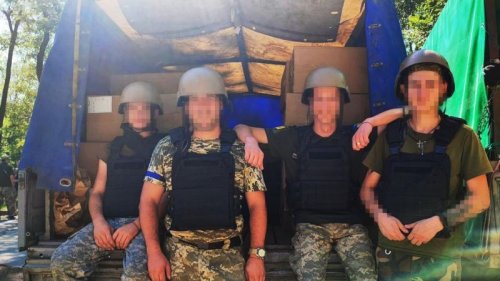 The guardians of Zaporizhia Oblast have received premium bulletproof vests and helmets from Metinvest Group’s Zaporizhstal, a press release from SCM writes.

Metinvest Group is still providing assistance to our troops who are resolutely holding down positions on the front lines. To the Regional Center for Military Recruitment and Social Support in Zaporizhia, Zaporizhstal recently delivered a new batch of bulletproof jackets and safety helmets. Level IV+ protection is extremely high in the bulletproof vests. They have been tried and tested and can sustain all operational loads. They are designed for the Ukrainian National Guard and the Armed Forces of Ukraine.

According to Mykhailo KRAVTSOV, director of the Zavodsky Regional Center for Military Recruitment and Social Support in Zaporizhia, 200 Kevlar helmets and 200 bulletproof vests have been delivered by the Zaporizhstal steel factory of Metinvest. The soldiers who will soon begin carrying out defense missions in the regions of Zaporizhia Oblast close to the conflict will be outfitted with protective gear.

Since the beginning of the war, Metinvest Group has been a steadfast ally of the Ukrainian military. It is a crucial component of the company’s steel front and contributed to the company’s success in fending off the Russian invaders. Ukrainian soldiers are outfitted with advanced body armor, including helmets and bulletproof vests, which offers them a tactical advantage over their adversaries.

In total, Metinvest plans to give Ukrainian defenders more than 100,000 bulletproof vests; 90,000 of those will be created with the help of Metinvest Group, and the other 20,000 will be acquired by the business abroad.

The police and military, as well as the Group’s employees, have received 21,500 hard armor plates and bulletproof vests from Metinvest sites in Zaporizhia alone to provide their reliable protection.