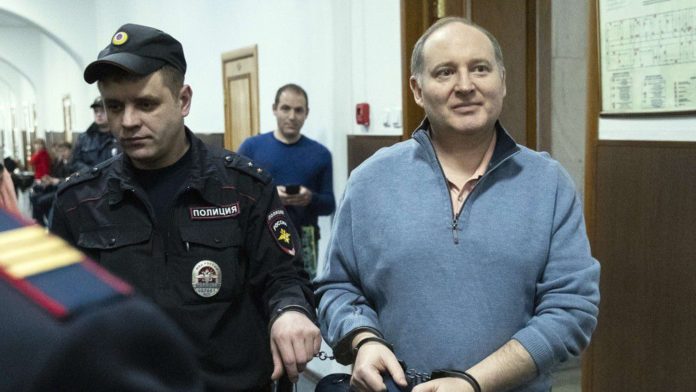 A court in Moscow has prolonged the detention of French banker Philippe Delpal charged with fraud in the Baring Vostok case, until at least October 13, RT reports.

Delpal, a partner at the Russia-based private-equity group Baring Vostok, insisted in court on Tuesday that he has “no intention of fleeing Russia, where I have lived for 15 years.”

“My life is in Russia. Leaving is not an option because it will make me look guilty — which is not the case,” Delpal said.

Delpal, Baring Vostok founder and U.S. citizen Michael Calvey, and other executives and employees of the firm were detained in Moscow in February and charged with financial fraud.

Calvey and the others also deny any wrongdoing. The U.S. businessman was released to house arrest in April. Last month, a judge extended his house arrest to October.

Delpal argued in court that he too should be released to house arrest, saying he owns a residence in Moscow where he could reside.

Russian President Vladimir “Putin argued that I don’t have a flat to be assigned to, well, now I do,” he said.

U.S. Ambassador Jon Huntsman and other U.S. diplomats in Russia did not attend SPIEF, a major business forum in St. Petersburg in June to protest Calvey’s arrest and ongoing prosecution, the State Department said.

Baring Vostok is one of the largest private-equity firms in the former Soviet Union. It manages more than $3.7 billion in assets, is particularly active in the technology sector, and owns a stake in Yandex.