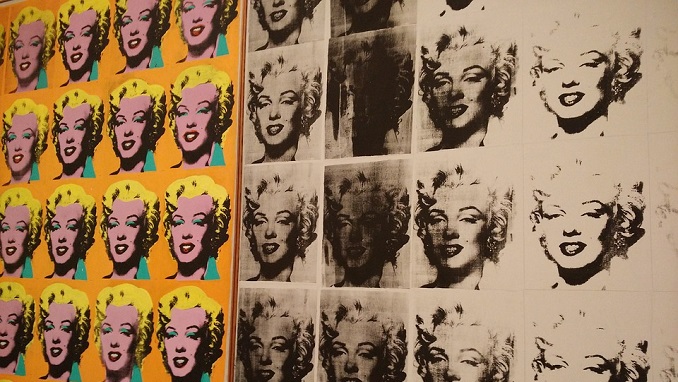 Moscow’s New Tretyakov Gallery was supposed to welcome a large-scale exhibition entitled ‘I am Andy Warhol’ on April 24, but it had to be rescheduled due to the coronavirus pandemic. Organizers will announce the new opening date soon, their press service said Thursday, according to TASS.

“The exhibition ‘I am Andy Warhol’ will be postponed to a later date due to the high alert measures introduced in Russia as well as the relevant measures imposed to prevent coronavirus spread,” the statement reads.

The press service clarified that the forced postponement will not affect the exposition. Visitors will be able to marvel at more than 170 pieces of the pop art pioneer such as canvas paintings, drawings, and series of works. The exhibition will feature such landmark portfolios as Marilyn Diptych, Campbell’s Soup Cans and Mao as well as Flowers, Camouflage and more. Moreover, critically acclaimed works such as Double Self Portrait, Skull, Electric Chair, Vesuvius and Lenin portraits will also be on show. Organizers note that the exhibition will take up around 2,500 square meters.

The event will also include a cinema hall where visitors will be able to watch Warhol’s video works as well as documentaries about the artist. A separate hall will be dedicated to Warhol’s collaborations with brands and musical bands (The Rolling Stones, The Velvet Underground and others). Moreover, the recreated Factory (Warhol’s art studio in New York operating actively since 1962) will also be featured. The exhibition will be decorated with trademark wallpaper by the artist.

The exhibition will not just showcase Andy Warhol’s pieces but also those by photographers from his entourage — Fred McDarrah, Gerard Malanga and Christopher Makos. The visitors will also be able to see a collection of fashionable New York magazines (Vogue, Glamour, Harper’s Bazaar) where the artist worked as illustrator in the 1950s and a collection of original Interview magazines that Warhol founded in 1969.

Sberbank CEO Expects U.S. to ‘Go Back to Obama-time Policy’

Passenger Traffic at Moscow Airports Increases by 12 Times in May