The development of wholesale distribution centers (ORCs) in Russia will help solve problems with logistics and the delivery of goods to stores, RIA Novosti was told by the general director of the holding Rosagromarket, which implements the project to create an ORC network in the Russian Federation, Bogdan Grigoryev.

Trading networks in early and mid-March recorded an increased demand of Russians for a number of essential goods, including pasta and cereals, against the backdrop of news about the spread of coronavirus and an increase in the exchange rate of major currencies. Russian authorities have repeatedly pointed out that there is no shortage of products in the country. From about March 18-19, retailers began to notice a decrease in rush demand.

“The development of the ORC network in Russia can affect the solution of problems with logistics and the delivery of goods – this is one of the main destinations of such facilities. One wholesale distribution center accommodates up to 200 suppliers of all product categories: vegetables, fruits, dairy, meat products, fish and so on,” said Grigoriev.

He noted that retail chains are already increasing the volume of purchases of essential goods, but their capacities are very limited due to the lack of specialized storage areas.

“Therefore, retail will not be able to significantly increase volumes. There should not be problems with the long-term storage of groceries, but there is no place to store vegetable and fruit groups, meat and fish,” the source said.

According to Grigoriev, the collective centralized use of infrastructure by many suppliers is more profitable than if each supplier builds, maintains and uses its own separate retail center. From the point of view of transport logistics, it is possible to organize single routes from the distribution center, to form groupage cargo from several suppliers for several buyers.

“And of course, from the point of view of online trading, it is much more profitable to promote a platform that unites hundreds of suppliers than an individual online store of each individual supplier. In all aspects, the synergy is obvious,” he concluded. 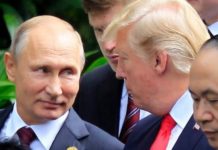 The onset of a recession in the Russian economy this year is unavoidable, experts told Nezavisimaya Gazeta, with more pessimistic analysts predicting an up... 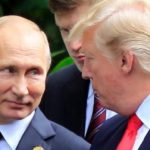 Russian President Vladimir Putin and U.S. President Donald Trump discussed oil and the spread of the coronavirus in a phone call on Monday, and... 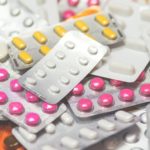 A 20% increase in revenue in February 2020 year-on-year was recorded by Russian pharmacies, even before the coronavirus pandemic reached its current proportions, Izvestia reported...

The authorities of Russia’s Volgograd Region said this month that 18,560 tons of greenhouse vegetables were produced in the region since the beginning of...

The price of Brent oil hit its lowest point in almost 18 years on Monday, as investors feared the worsening global coronavirus pandemic while...