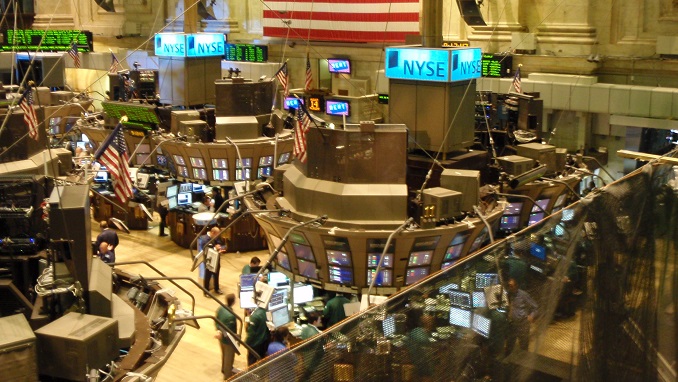 Russian stocks were down in Monday trading at the Moscow Exchange amid fears over the coronavirus outbreak that rocked global markets, Forbes Russia reported.

The ruble-denominated RTS index of leading Russian shares was down 2.9% by Monday afternoon, following similar falls in Asia and big losses on the main European exchanges. The price of benchmark Brent Crude oil slipped below $60 for the first time in 2020, while gold rose 0.8% to near a six-year high of $1,538 an ounce.

At least 80 people have died from the coronavirus outbreak in China, according to the latest data, and 4,500 people have been infected around the world.

The fall on Russian markets all but wiped out a strong start to the year, which had seen stocks climb higher on signs the new Russian government would increase spending in a bid to boost growth. The RTS index now stands up just 1% for the year, despite climbing 7% in the first two weeks of January.

Russian airline Aeroflot was one of the worst affected, plunging almost 5% in Monday trading. Blue chips Sberbank, Lukoil, and Gazprom were all down by around 3% as of early afternoon.

“The sense of serious concern about the economic effects of the Wuhan virus — evident on Wall Street Friday — has turned into something approaching panic in Asia this morning,” said Jeffrey Halley, Senior Market Analyst for OANDA. “China has taken the unprecedented step of extending the Chinese New Year holiday until Feb. 2, as it ramps up efforts to control the spread of the virus.”

Markets were closed in China, Hong Kong, Singapore, Australia, and South Korea on Monday due to regional holidays — a fact which could have contributed to the sharpness of losses elsewhere, market watchers noted.

“Investors became even more worried about the epidemic over the weekend as the virus continued to spread … Estimates of the economic damage the epidemic may cause will likely continue to rise this week, putting further pressure on risk assets,” analysts at Sberbank’s investment arm said in a note to clients Monday morning.

Central Bank: Russian Economy To Return to the Pre-Crisis Level During...