An organization of grain exporters similar to the Organization of Petroleum Exporting Countries (OPEC) could help the stability of the grain market, coordinate grain prices, and solve the problem of world hunger, Russian Deputy Prime Minister Aleksey Gordeyev has said, according to Agroinvestor.

The idea was raised during Gordeyev’s meeting with the German Minister of Food and Agriculture Julia Kloeckner and Minister-President of North Rhine-Westphalia Armin Laschet. They met on the sidelines of the international trade fair for food and beverages ANUGA-2019 in Cologne.

According to Gordeyev, the future organization could “include Russia, the European Union, the United States, Canada, Argentina, [and] other nations.” He suggested discussing coordination among the world’s biggest grain exporters during the Green Week exhibition in Berlin.

Russian agricultural production has surged by 20 percent over the past five years, following an embargo on Western food imports imposed by the country in response to sanctions. Grain harvests are projected to grow by five percent this year to 118 million tons, including around 78 million tons of wheat.

President Vladimir Putin said recently that the country has ensured its independence on the global wheat market.

Russia’s enormous natural resources should serve as a guarantee for high-quality food production and should be used specifically to increase the production of organic, non-GMO food products, Putin said. He predicted Russia’s agriculture exports will double by 2024 to reach $45 billion. 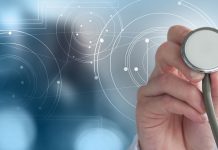 According to Fedresurs estimates, for the first half of 2020, the number of bankruptcies of companies decreased by 26% and amounted to 4,500 legal...

Russian authorities have dug a trench around a remote Siberian village to enforce a quarantine, after dozens of residents contracted the coronavirus, which local...

Volunteers who tested a vaccine against the coronavirus two weeks ago at Burdenko military hospital, are feeling well and have not experienced any side...