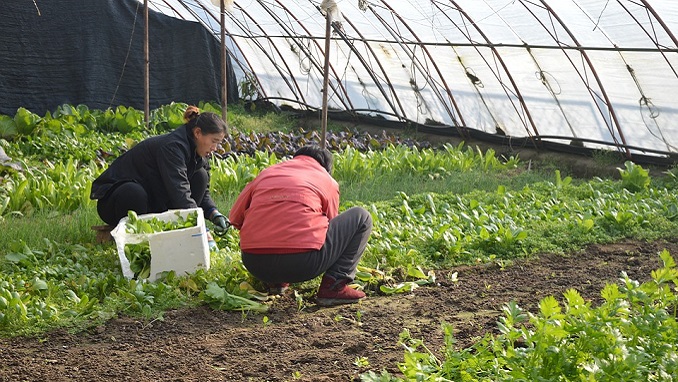 Several thousand farmers from different Polish regions held a rally outside the presidential palace in Warsaw on Wednesday, demanding the government decide on a resumption of trade with Russia and limit imports of food products from Western Europe, Rossiyskaya Gazeta reported.

Farmers demanded repayment of various compensations, control over the imports of agricultural products as well as an increase of purchase prices. They were angered by the absence of access to the Russian market and complained about the abundance of food products from Western Europe in Polish grocery stores.

In 2014, a number of Western states imposed sanctions on Moscow over its alleged involvement in Ukraine’s domestic affairs and Crimea’s reunification with Russia. In August 2014, Russian President Vladimir Putin signed a decree banning imports of some agriculture and food products from countries that adopted anti-Russia sanctions, including Poland.

The farmers’ protests provoked a cold reaction from Polish officials.

“I don’t understand the requirements – to improve relations with the eastern neighbors and increase trade with Russia. Russia is also an agrarian country, it produces a huge amount of agricultural products. But the protesters do not seem to remember this, they think that over the past 30-40 years nothing has changed. Russia is now the world’s second-largest grain exporter, it also grows apples that it used to buy, lays vast orchards. So the Russians are not interested in significant imports. In addition, our relations with Russia depend on the European Union, which imposed the embargo,” said Polish Minister of Agriculture Jan Krzysztof Ardanovski.

Poland is one of the largest producers of apples in the world. Before the introduction of sanctions, the country exported 1.2 million tons of apples, of which 700 thousand tons to Russia.