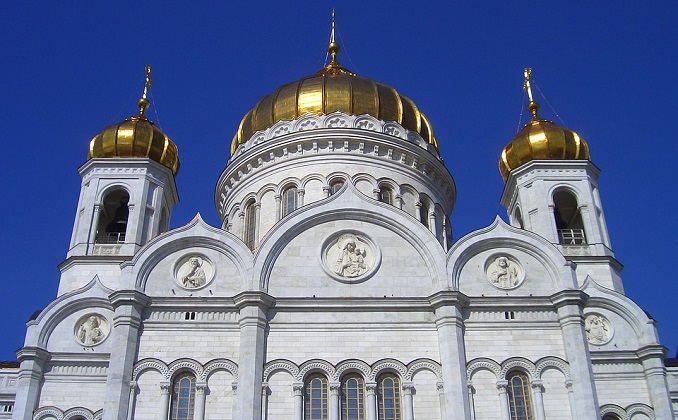 An influential Russian spiritual leader has announced his plans to build the world’s largest Orthodox Christian Church in the central part of the country, Znak.com reported Monday.

Once completed, the 25-story structure on the site of a women’s monastery in the Sverdlovsk region will reportedly hold up to 37,000 worshippers.

The mastermind is reportedly Father Sergei, the secretive leader of the women’s monastery where the church is set to be built and the confessor of several public figures, including former Crimean attorney general Natalya Poklonskaya.

“The Saint Sophia Church will become an outpost and the largest Orthodox Church in the world,” Zhanna Ryabtseva, a senior regional manager of the pro-government All-Russia People’s Front movement, told Znak.com.

“Construction of the first stylobate will begin in 2020,” said Ryabtseva, who Znak.com says is a parishioner of the project’s mastermind.

When asked about the construction deadline, Ryabtseva said: “It’s all in God’s hands.”

Ryabtseva did not identify the church project’s investors, instead called them “the spiritual children of Father Sergei.”

Investors from China plan to co-finance construction of the Saint Sophia Church, said an unnamed businessman familiar with the project. Ryabtseva added that the new church plans to welcome a large number of Chinese parishioners.

A 3D model of the church showed an ornate three-tiered structure with a large golden dome towering over smaller domes. The lower temple fits 20,000 worshippers, according to the design, while 17,000 fit in the upper temple.