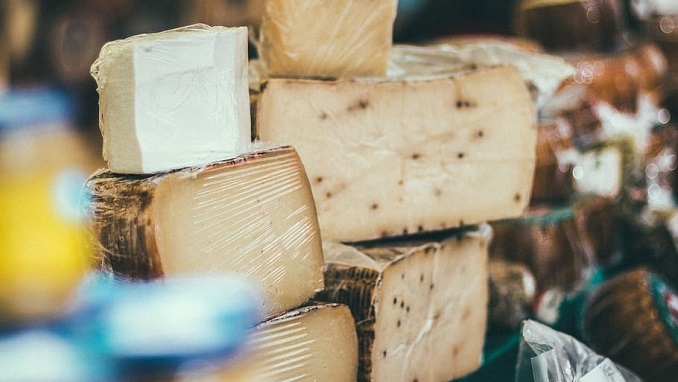 Russian authorities have confiscated 70 tonnes of fine European cheeses smuggled into the country in a container and mislabelled as industrial rubber for use in the construction industry, bne IntelliNews reports.

Cheese produced in the EU is one of the items banned by the Kremlin’s tit-for-tat sanctions imposed after the EU imposed sanctions on Russia following its annexation of the Crimea Peninsula in 2014.

While a domestic cheese industry has sprung up in the meantime, Russia still cannot produce fine cheeses, which remain popular with the middle class. The gap in the market has given rise to a flourishing “cheese mafia” that smuggles contraband cheese into the country.

Four containers were opened at the St Petersburg’s Baltic port of Bronka by the Russian Federal Custom Service and found to contain not construction materials but cheese, according to a statement by the Customs service, as cited by anti-corruption NGO OCCRP.

The containers were listed as containing dispersive rubber, which is used to seal joints in construction, but actually contained well-known cheeses such as Dorblu Classic, Formaggio Retinato Leone, Chevrano XO and Grana Padano.

Other boxes in the containers also contained instant coffee, chocolate cookies, and dishwashing and car-wash liquid detergents, according to the statement, OCCRP reports.

Russian custom officials did not say who owned the container but said that the goods were intended for a St Petersburg-based company. Russian officials say they may open a criminal investigation into the case, according to TASS.

Russia’s original ban on EU agricultural imports was designed to punish the EU for its sanctions on Russia and has cost an estimated €100bn in lost trade each year since. The original decree was meant to “prohibit for one year import on the territory of the Russian Federation of certain agricultural products, raw materials and food items originating from certain countries,” but the Kremlin has extended it every year since then, the last time being in June 2019, prolonging its validity until the end of 2020.

Britain-based Russian Oligarchs ask Putin if They Can Return Home