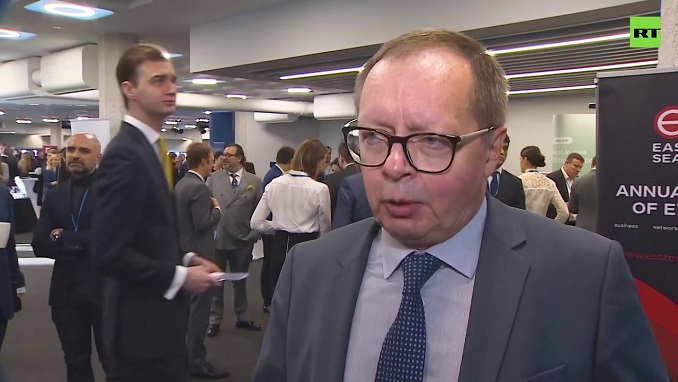 Russia sees both the positive and negative aspects of Great Britain’s exit from the European Union, Moscow’s ambassador to the UK Andrei Kelin told RIA Novosti.

According to the diplomat, Britain’s stay in the EU could benefit Russia in terms of greater predictability of relations and the already existing base of pan-European standards and agreements.

“But on the other hand, if Brexit happens, we will have new opportunities, because the barriers established by the EU will disappear. For example, in trade there are now about 20 barriers and restrictions of this kind: for steel, in the chemical industry, for chromium,” said Kelin.

He added that Russian business is very cautious about the upcoming changes in the status of Britain.

“They (businessmen) have ideas and plans for working there, but they will refrain from this until the situation clears up,” the ambassador said.

At the same time, he stressed that from a political point of view, Russia has a neutral position on the Brexit issue, since this decision is an internal affair of Britain.

Great Britain was supposed to leave the EU on March 29, but due to the country’s parliament not being able to ratify the agreement with the EU on Brexit conditions, this “divorce” was postponed to October 31.

For a similar reason, Brexit has pushed back again – now to January 31st. Without the ratified treaty, there will be a “hard” Brexit, which threatens very unpleasant economic consequences for both parties, because EU legislative norms will no longer apply to it from the moment the country separates from the union.

Billionaire Mikhail Fridman in Bid for Funds to Save Spanish Retailer