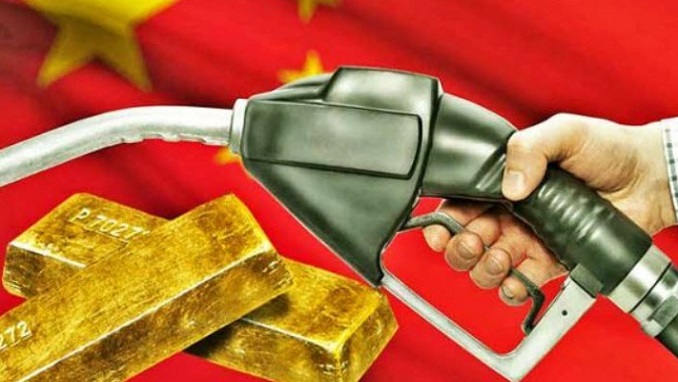 Glencore, Trafigura, and Freepoint Commodities were among the first to buy the new contract. Within minutes of the launch, the price had gone up to almost U.S$70.85 (447 yuan) from a starting price of U.S.$69.94 (440.4 yuan) per barrel. The overall price jump for the short trading session came in at 3.92 percent.

China is the world’s biggest crude consumer and buys most of its oil from Russia. However, most settlements are still in U.S. dollars. The launch of the petro-yuan now allows Moscow and Beijing to use national currencies instead.

Many awaited the launch eagerly, seeking to tap China’s bustling commodity markets, although doubts remain whether the Shanghai futures contract will be able to become another international oil benchmark. These doubts center on the fact that China is not a market economy, and the government is quick to interfere in the workings of the local commodity markets on any suspicion of a bubble coming.

To prevent such a bubble in oil, the authorities made sure the contract will trade within a set band of 5 percent on either side, with 10 percent on either side for the first trading day. Margin has been set at 7 percent. Storage costs for the crude are higher than the international average in hopes of discouraging speculators.

After Monday’s launch of the yuan-backed oil futures in Shanghai, there have been negotiations between Russia and China on mutual promotion of oil futures in national currencies, RIA Novosti reported. In 2016, the St. Petersburg exchange in Russia launched Urals oil futures in the Russian ruble, and support from China could prop up Russian crude futures.

Russia held its position as China’s largest crude oil supplier in February. Russia supplied 5.052 million tons, or 1.32 million barrels per day (bpd) last month, up 17.8 percent from a year earlier, according to Reuters, quoting the Chinese General Administration of Customs.