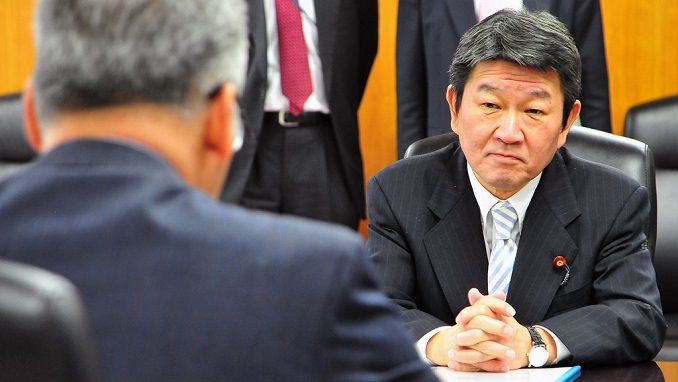 Japan’s Foreign Minister Toshimitsu Motegi and his Russian counterpart, Sergey Lavrov, agreed to start joint economic projects in the islands of the Kuril archipelago in 2020, as a step towards the signing of a post-WW2 peace treaty, The Mainichi reported on Saturday.

The foreign ministers met this week in Nagoya, on the sidelines of the G20 ministerial meeting, and agreed to continue the dialogue in mid-December when Motegi travels to Moscow, Japan’s Foreign Ministry said.

The dispute over four islands of the Kuril archipelago, under Russian sovereignty, prevents countries from signing a formal peace treaty more than 70 years after the end of World War II (1939-1945), when militarist Japan then refused to the pact with the Soviet Union (USSR).

However, both countries carry out joint economic projects on the islands in five fields, such as aquaculture, greenhouse agriculture, tourism, wind energy, and waste reduction, as a confidence-building exercise, according to the parties.

At the 45-minute meeting, Motegi praised the success of a pilot program in late October in which Japanese tourists visited two of the islands.

Both governments have tried, several times, to negotiate the administration of the islands, inhabited by some 20 thousand people.

The Japanese government claims that the Iturup, Kunashir, Shikotan, and Habomai islands are an inherent part of their northern territory and were invaded by the USSR, after the conflagration, in which Japan was among the defeated, along with Nazi Germany.

Moscow, on the other hand, relies on several international agreements to affirm that these territories were legally transferred to the USSR; therefore they belong to the Russian Federation as a legal successor.

Almost Half of Russians Are Ready to Work Remotely in Another...