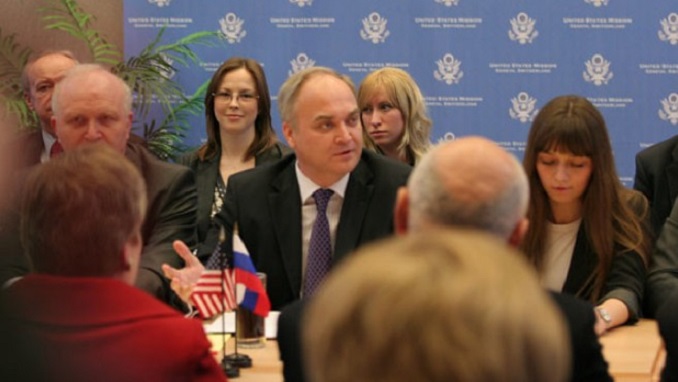 The Russian Embassy in the United States calls upon the U.S. authorities to release Russian citizens kept in U.S. prisons for fears that they might easily contract the novel coronavirus there, Russia’s U.S. Ambassador Anatoly Antonov said, TASS reports.

“In connection with the difficult COVID-19 situation in the United States, we once again call upon local law enforcement authorities and international non-governmental organizations to pay attention to Russian citizens kept in U.S. jails,” the embassy’s press service quoted Antonov as saying. “People suffering from serious illnesses cause particular concern, as they are the most susceptible to coronavirus. It’s time for resolute action.”

“It is important to release Konstantin Yaroshenko, Viktor Bout, Roman Seleznev, Bogdana Osipova, Oleg Nikitin and other Russians as soon as possible,” the ambassador said.

The embassy has also sent a diplomatic note to the U.S. Department of State, demanding that medical aid be provided to U.S.-jailed Russian pilot Konstantin Yaroshenko.

“We are concerned by the health condition of Russian citizen Konstantin Yaroshenko, who is being kept in the Danbury Prison in Connecticut. Without explaining its reasons, the administration of the penitentiary facility denies dental treatment and necessary medicines to our citizen,” the embassy press service quoted Antonov as saying. “The inmate’s complaints and the embassy’s letters to the prison administration are simply being ignored.”

“In this regard, we have sent a relevant note to the U.S. Department of State, with a demand to take the necessary measures to provide medical services to Konstantin Yaroshenko,” the diplomat said. “We expect a dental examination to be carried out without delay and our compatriot to receive qualified medical assistance.”

Wealth Inequality in Russia Highest in The World, Report Says

Russia Orders Russian Troops to Pull Out of Gaza