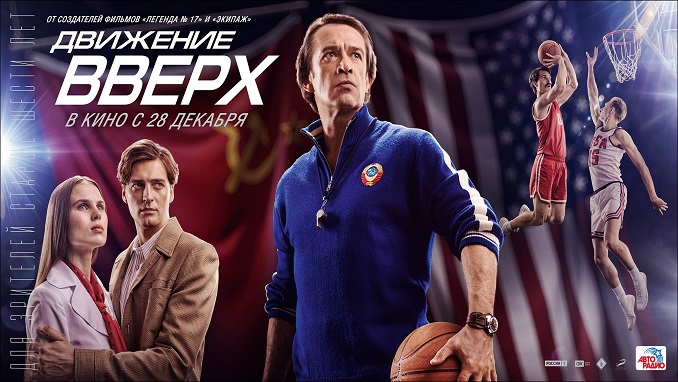 Russian sports drama “Three Seconds”, distributed in some markets under the title “Going Vertical”, has become the highest grossing Russian film of all time in China, with an 85 million yuan ($12.3 million) gross, Variety reports.

Anton Megerdichev’s film tells the story of the Soviet national basketball team’s win at the 1972 Munich Olympics, when the U.S. team was defeated for the first time in 36 years. It is Russia’s top-grossing film of all time in its home market.

The film opened in Chinese movie theaters on June 13 and has been on screens continuously since, so becoming the longest-screening Russian live-action feature in China.

The movie is produced by Three T Productions, Russia 1 Channel and Central Partnership, which is handling the film’s international distribution.

“China is not an easy market for foreign films. Of those that make it onto the cinema screens, many only remain there for one weekend. “Three Seconds” fared very differently,” says Vadim Vereshchagin, CEO of Central Partnership. “It kept pulling in viewers, partly thanks to audience reviews and recommendations.”

Vereshchagin added that his Chinese distribution partner, Вeijing Airmita Cultural Development Co. Ltd., had widened and extended the release after the first few days of its theatrical run. “Nothing like this has ever happened before with Russian films and we’re glad that “Three Seconds” was the film that set this historical precedent,” he said.