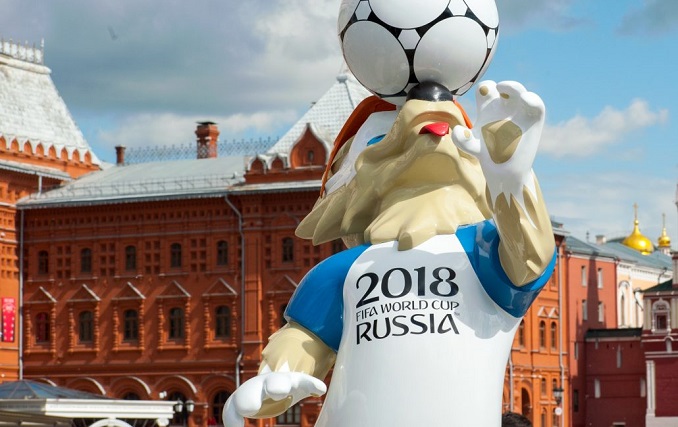 The soccer World Cup held in Russia may boost event-related spending in the country by as much as $5 billion in June and July in areas “like retail sales, paid services, including internet, mobile traffic, as well as domestic travel,” a report by Bank of America Corp. says.

“While it’ll have a fairly small overall effect on Russia’s economy, the total positive impact of the World Cup” may be about 1 percentage point of monthly gross domestic product split between the second and third quarters,” Vladimir Osakovskiy, an economist at Bank of America, said in an emailed note to Bloomberg.

A surge in sales and customer traffic was reported by supermarket chains, electronic stores, online taxi services and eateries, as the world’s most-watched sports event spurs demand for beverages, food, and TVs.

Russia has earned widespread praise for its efficient organization of the World Cup that’s drawn hundreds of thousands of visitors to the country after President Vladimir Putin spent $11 billion on preparations for the global soccer gathering. The national team’s success in reaching the quarterfinals against expectations also sparked huge excitement among domestic supporters.

Many foreign fans have remarked on the warm welcome they’ve received, adding to the festive atmosphere in the 11 cities that have hosted matches including Moscow, Kaliningrad in the west, Volgograd in the south and Yekaterinburg in the Urals.

“Sales during game days are four times higher than a typical weekend night and it’s almost all beer,” said Doug Steele, a Canadian whose Papa’s bar and grill is located on Moscow’s Nikolskaya Street, which became the unofficial epicenter of fan celebrations during the month-long tournament. “It’s complete chaos.”

Customer traffic rose between 45 percent and 63 percent at Perekrestok supermarkets in host cities in the tournament’s first two weeks, with significant increases in sales of beer, soft drinks, and snacks, according to X5 Retail Group NV, the country’s largest retailer, which owns the chain. Magnit PJSC, Russia’s second-biggest retailer, and another chain, Lenta Ltd., reported a similar sales picture.

Rusal Loses $1.5bn in Capitalization in One Month Due to U.S....