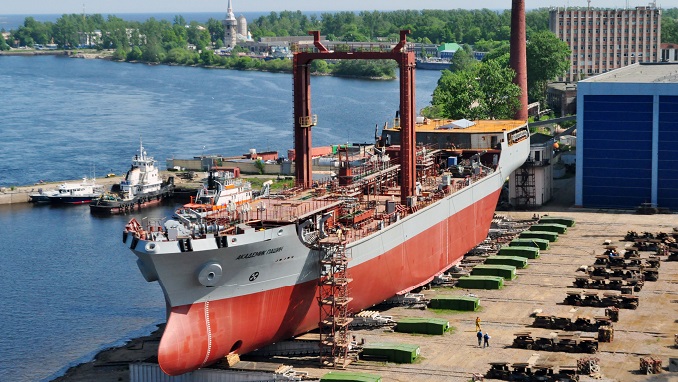 Two Russian ships have been placed by U.S. authorities on a list of vessels suspected of providing fuel to North Korea, Reuters reported.

The Russian vessels, the Tantal and the Vityaz, have been included on a new list of “vessels believed to have engaged in ship-to-ship transfers with North Korean tankers,” the Treasury Department, which oversees U.S. sanctions, said in a statement.

The list was included in updated guidance on addressing North Korea’s illicit shipping practices published by the Treasury’s Office of Foreign Assets Control (OFAC). Inclusion on the list does not denote a ship or its owners are being put under sanctions. The two ships are part of 18 vessels listed by OFAC in its updated guidance as ships believed to have engaged in illicit ship-to-ship transfers of fuel with North Korean tankers.

Contacted on his mobile telephone on Friday, the owner of the Tantal, Russian businessman Alexander Anikin, said he had no immediate comment on the Tantal’s inclusion on the list.

The U.S. has slapped sanctions on a number of Russian ships suspected of carrying banned cargoes to North Korea over the past year. On Monday, the Alisa Shipping Company, with one of its vessels subjected to U.S. sanctions, said it has not operated in foreign seaports for more than five years.

“We are absolutely not afraid of any suspicions related to this list. The point is that our vessels do not work overseas at all; we are operating in Far Eastern ports only. We have not breached any Russian laws,” the spokesperson said.

The company’s vessel called a foreign port last time in 2013, he added.

The U.S. authorities also marked Vladivostok and Nakhodka on the schematic maps attached to the new statement as ports of destination which the given vessels entered before or after the alleged oil transfer at sea with North Korea’s tankers. This part contains no supporting information either.