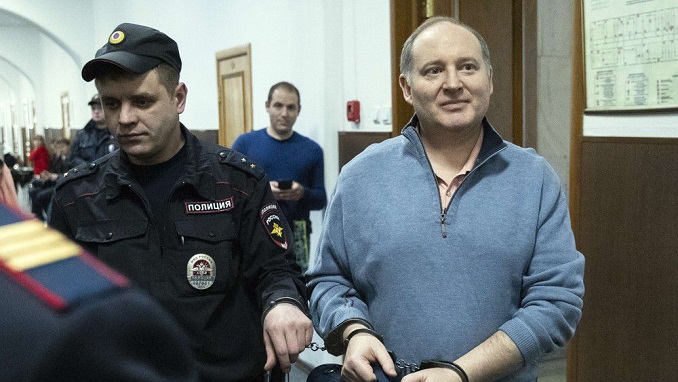 The wife of a French banker Philippe Delpal, who has been held in a Russian jail since February on controversial fraud charges, has called the case against him “trumped-up”, AFP reports.

The senior executive at private equity group Baring Vostok was arrested along with American founder and CEO Michael Calvey and four other people, in a case that has shaken the Western business community in Russia.

The hearings since have been “shocking, because we hear plenty from Philippe and our lawyers … and the prosecution lawyers don’t respond, they don’t say anything,” Cecile Delpal told the news agency. “We feel completely overwhelmed.”

The couple have lived in Russia for the last 15 years along with their two children, aged 13 and 16.

Delpal, Calvey and the other suspects are accused of defrauding Vostochny Bank of 2.5 billion rubles ($38.7 million). They have denied the charges and maintain the case has been fabricated as an instrument in a shareholder dispute.

Baring Vostok is one of the oldest and the largest private equity firms focusing on Russia. It has invested in some of the country’s biggest companies including search giant Yandex and Ozon, a top online retailer.

A court last month ruled that Calvey should be moved to house arrest but Delpal and the others remain in pre-trial detention.

“When Mike (Calvey) was released I was very happy. Finally something moving forward, finally some proof this case had been trumped up,” Cecile Delpal said.

But Delpal says she did not understand why her husband had not been moved to house arrest like Calvey, rejecting prosecutors’ claims he could be a flight risk. She said her husband was being kept in “good conditions” but that the family was not able to visit him or speak to him by telephone.

“I know the case is being followed by French authorities here in Moscow but also in France, at a high level, but I’m not told more than that,” she said. “I think that everything will turn out ok, but I don’t know how.”

U.S. Ambassador to Russia Jon Huntsman said last week he will boycott SPIEF, a major economic forum in Saint Petersburg next week over the case.

Paris will not send any ministers to the Saint Petersburg Economic Forum, Russia’s answer to Davos — but the French ambassador will attend the June 6-8 event, a diplomatic source told AFP.