A fire in an apartment block killed eight people in the Russian Urals city of Yekaterinburg in the early hours of Tuesday, the local branch of Russia’s Investigative Committee said, Reuters reports.

Investigators from the Sverdlovsk region said a child was among those killed and that a criminal case had been opened to determine the cause of the fire and establish measures that could prevent a similar incident in the future.

The fire was reported at 2:58 a.m. local time (2158 GMT on Monday) and contained by firefighters before being extinguished a little over an hour later, the regional emergency services ministry said.

“In conditions of heavy smoke, the gas and smoke protection service organized the evacuation and rescue of residents through a burning doorway,” the ministry said in a statement. “In total, 90 people, including nine children, were evacuated.” 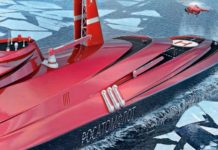