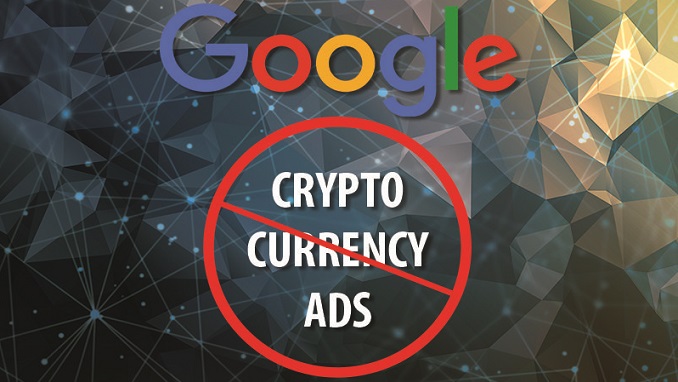 A Russian businessman recently filed a lawsuit against search giant Google after the company revealed it’s going to ban cryptocurrency-related ads in June, Bitcoin.com reported.  Vladimir Orekhov is seeking a 2 billion ruble ($35 million) compensation from Google’s legal entity in Russia for causing him and his businesses “moral damages.”

According to local news outlet Vedomosti, Orekhov is an entrepreneur looking to launch his own initial coin offering (ICO). Because of Google’s ad ban, he claims to have “suddenly lost access to potential investors.”

The Russian businessman’s organization has been developing a cryptocurrency ATM network, with a decentralized exchange, mobile wallet, and crypto payment system associated. His ICO was set to bring in $2 million, with the pre-ICO starting in June.

As covered, Google recently revealed it’s going to ban all crypto and ICO related ads in June, as part of its newly updated financial products policy. After the move was announced, the company’s director of sustainable ads Scott Spencer stated:

“We don’t have a crystal ball to know where the future is going to go with cryptocurrencies, but we’ve seen enough consumer harm or potential for consumer harm that it’s an area that we want to approach with extreme caution.”

Moreover, Vedomosti points out that Orekhov is an investor himself. By not being able to find ICO-related advertisements through the popular search engine, he’s said to be deprived of useful information on companies which he could invest in. The entrepreneur further claims banning crypto ads is an illegal move that violates his rights to receive information.

The lawsuit has been filed with the Zamoskvorechye District Court and has been registered on March 15. The 2 billion ruble value was calculated based on the projected losses Orekhov believes he’ll have.

Google’s move wasn’t unique, as social media giant Facebook has already banned cryptocurrency-related ads earlier this year. Reports suggest Twitter may do the same thing, but the company hasn’t yet confirmed nor denied these reports.