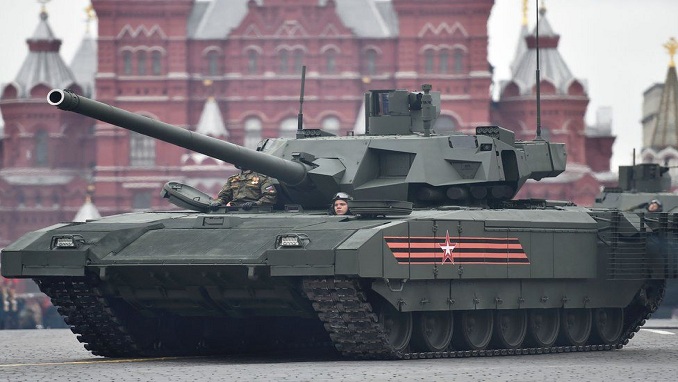 The serial production of Russia’s prospective military hardware, including the latest T-14 ‘Armata’ tank and the T-15 infantry fighting vehicle, will begin before the completion of all trials in order to speed up their delivery to the Russian armed forces, Russian Deputy Defense Minister Alexei Krivoruchko said in an interview with the Krasnaya Zvezda newspaper.

“In order to shorten the timeframe for deliveries of the prospective weapons to the troops, the launch of their production will be carried out before the trials are completed, as soon as it is confirmed that they have the specified characteristics and after they are tested under simulated combat conditions,” Krivoruchko said.

T-14, which underwent preliminary trials in 2019, was for the first time demonstrated at May 9, 2015 Victory Day parade. The new combat vehicle differs fundamentally from its predecessors. It features fully digitized equipment, an unmanned turret and an isolated armored capsule for the crew, which reduces the risk of personnel loss in combat.

Use of Sputnik V in Spain Hinges on Approval by European...