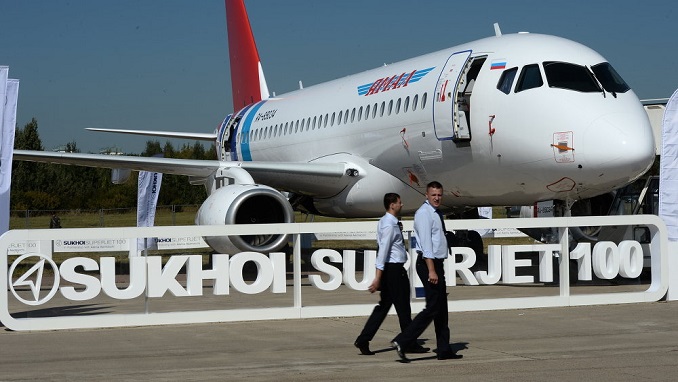 It is the first assessment of SCAC’s value, conducted as part of a broader evaluation of UAC’s civil assets as it prepares to merge them into a single entity, the report said.

The sources have revealed that the assessment process was conducted by independent experts “taking into account the relevant companies’ performance and targets,” but have provided no further details.

UAC’s plan is to merge SCAC with MC-21 manufacturer Irkut Corporation, which is 95.7 percent owned by UAC, and the two specialist companies of UAC-Integration Centre and New Civil Technologies. For the purposes of the merger, Irkut’s value was estimated at 56.8 billion rubles ($873.85 million). Combined, Russia’s civil aircraft production industry is thus worth some 100 billion rubles ($1.54 billion).

“The assessment of SCAC was conducted by using a non-discount method. The company owns valuable assets – the Superjet 100 program development alone required an investment of some 150 billion rubles ($2.3 billion), and further sizeable injections were put into setting up the SSJ-100 assembly line at Komsomolsk-on-Amur Aviation Plant (also part of UAC),” the source commented.

The aim of the merger is linked to the sale of the controlling interest in the company currently held by Russia’s state-owned banks, to then later bring in outside investors, it is believed. “The main candidates for equity investment are Sberbank, VTB and VEB. The negotiations with them are underway,” a source indicates.

Neither VTB nor VEB have commented, but a spokesman for UAC says that the newly created company “may be attractive for outside investors.”