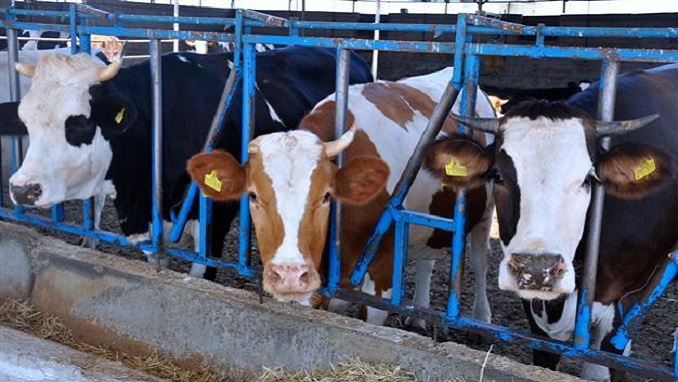 Vietnamese dairy major TH Group has begun the construction of a $2.7-billion dairy farm and milk processing mega-complex in the Borovsk Special Industrial Economic Zone in the Kaluga region of Russia, turning the page for the country’s foreign investment efforts, Vietnam news reports.

The first phase of the project, first of its kind and size by a private Vietnamese company in Russia, is valued at $500 million. The investor is promising “the largest and most modern fresh milk plant in Russia. With a capacity of 1,500 tonnes of milk per day, the plant is expected to begin production in 2019 and will entirely source material from TH Group’s existing dairy farms in Moscow and Kaluga, the company said.

“TH Group’s milk project does not only contribute to bolstering investment and trade exchanges between Russia and Vietnam, it also attests to Vietnam’s efforts to support Russia in the rebuilding of its agricultural production, which was once foremost in the world,” Vietnam’s leader Nguyen Phu Trong said at the ground-breaking ceremony for the project, which he attended as part of his official visit to Russia.

Most of Vietnam’s outbound investment projects in Russia were so far in the oil and gas sector and mostly run by state-owned businesses. TH Group’s project differs greatly from them, as it is run by a private company and involves high-tech agriculture, Trong said.

After getting all the necessary permits in 2016, TH began the construction of a dairy farm in Moscow and another in the Kaluga region in October that year, located around 100 kilometers south-west of Moscow. Late last year, the first 1,100 cows were imported from the United States.

The Russian milk market is facing challenges following a ban on food imports, including milk, from the EU and the United States. The country responded with its own ban of import of Western agricultural products, owing to which, the net imports of dairy products fell to 30.0% in 2016. The cheese and curd segment suffered the most, with the ban wiping out about 2, 30,000 tons of imports, equivalent to 53.0% of the total imports in the previous year.

Statistics show that from 2013 to 2017, the milk material produced by Russia came to about 20 million tons, making up 76 percent of the total demand, while the remaining 24 percent – equalling about seven million tons per year – must be made up by imports.

Russia Sends Mandarins Back to Turkey Due to Mediterranean Fruit Fly