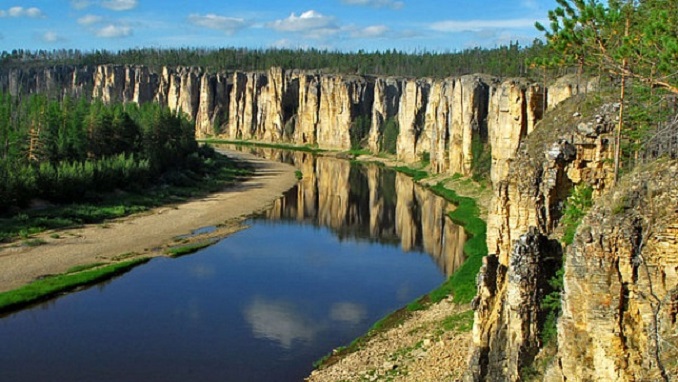 In a bid to develop transport links in the remote Yakutia region, Russia plans to build a $1.3 billion bridge across the Lena River, Kommersant reports.

The project, set to be finished in 2025, has been approved by Russian President Vladimir Putin, the business newspaper wrote on Monday.

The Russian leader ordered the government to consider the project, Kommersant reported citing the president’s response to a letter from the head of the Republic of Sakha (Yakutia), Aysen Nikolayev. In his letter, the regional official asked to provide funds for the construction from the federal budget.

The construction of the 3-kilometer-long bridge across one of the largest Russian rivers and nearby roads will cost nearly 83 billion rubles (around $1.3 billion). The government is expected to cover around 65 percent of the costs, while the rest will be provided by a private investor.

If the project gets the necessary funding, it will be finished in six years, authorities’ plans say. The passage through the bridge will be free for cars, while trucks will have to pay a toll.

The new bridge will give a significant boost to transport accessibility in the hard-to-reach northeastern region. The city of Yakutsk, which sits on the west bank of the Lena River, is one of Russia’s major cities that cannot be reached by road. In winter, cars drive across the frozen surface of the river, and in summer a ferry transports the vehicles across. Thus the city has no access to the federal road network for nearly five months of the year.

The project can finally end the region’s isolation, boosting transport accessibility for the locals from 20 percent in 2018 to 70 percent by the end of construction, according to the head of the region.

Russian MP Does Not Expect Us’ Approach to Russia to Improve...