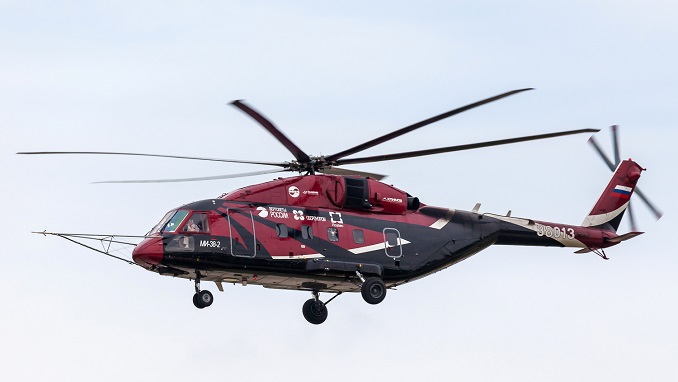 The United Arab Emirates has shown interest in the Russian Mi-38 multi-role helicopter, which was showcased last week for the first time at the Dubai Airshow, the Russian Minister of Industry and Trade Denis Manturov told TASS on Sunday.

According to Manturov, the rotorcraft has “good chances” in the UAE and in other Middle East countries.

“Bearing in mind the fact that the United Arab Emirates is a stakeholder in Russian Helicopters and is interested in the development of this topic in terms of assets it takes part in and taking into account VRT-500, I think this helicopter has good chances to win a stronghold on the UAE market and we have grounds to speak about other countries of the Gulf region and the Middle East. No, we did not speak about any quantities or concrete clients but I felt that Crown Prince was interested in that matter and was ready to address it,” the minister said.

Earlier in the day, Manturov demonstrated a Mi-38 helicopter to Sheikh Mohammed bin Zayed Al Nahyan, the Crown Prince of the Emirate of Abu Dhabi, on the sidelines of the Dubai Airshow 2019.

The Mi-38 multi-role helicopter can be used as both transport and passenger rotorcraft. It can also be used for rescue and search operations and as a flying hospital. It is capable of operation in a wide range of climatic conditions, including in the tropics and in the Arctic.

The Parliamentary Election Campaign Has Failed to Capture the Interest of...