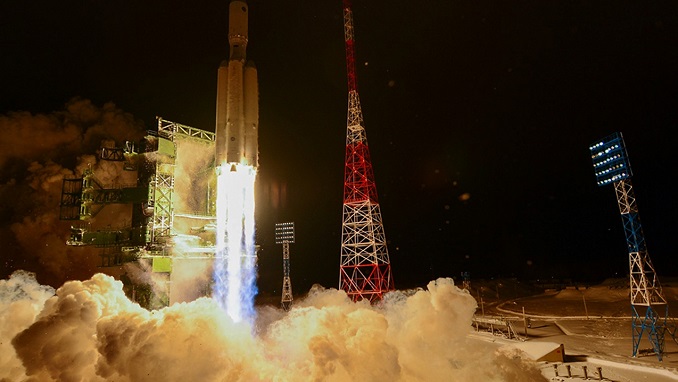 The concept of a new super heavy-lift launch vehicle is expected to be ready by mid-December, Head of Russia’s Roscosmos Scientific and Technical Council Yuri Koptev said in an interview with the Izvestya newspaper.

“As of today, the closest benchmark is the middle of December 2018. By that time, we will have had to specify the concept of the rocket and the level of required resources, work out tasks and define the useful load mass. Further on, by the end of next year, it will be necessary to come up with a detailed design that will fully describe the whole production cooperation and solve the resource issues,” he said.

As reported earlier, Russia’s Energia Rocket and Space Corporation is developing a new space rocket complex at the Vostochny Cosmodrome, with the first launch scheduled for 2028. Progress Rocket and Space Center and the Center for Operation of Ground-based Space Infrastructure Facilities are among the contractors.

The construction of infrastructure is expected to start in 2026. The whole project is worth an estimated 1.5 trillion rubles ($24.2 billion), Roscosmos said earlier. Meanwhile, the development of a new super-heavy carrier rocket will be 1.5 times cheaper than the reproduction of the Soviet Energiya launch vehicle. The groundwork was laid as part of the Energiya-Buran project that will be used to develop the new rocket.

Speaking about the rumored reform of the rocket-and-space industry, Koptev denied reports that Roscosmos and Rostec have discussed merger options.

According to Koptev, “it is necessary to keep working within the existing structure since any such reform usually “throws off’ everyone for at least two years.”

animes online. AnimeDao provides you a free anime streaming platform with little to no Ads for better viewing experience.

AnimeDao The Daily Life of the Immortal King [Chinese Dub]