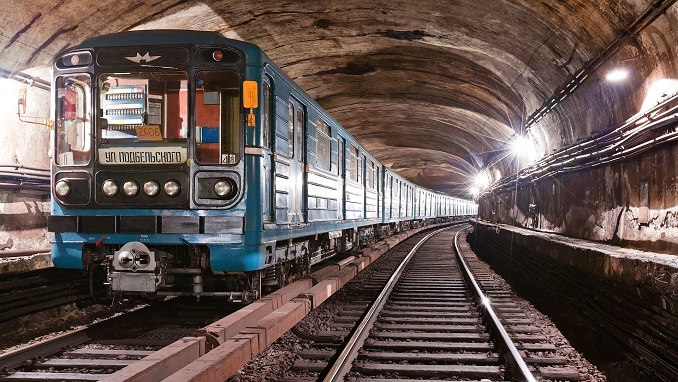 Russian engineering company Mosinzhproekt and the China Railway Construction Corporation (CRCC) plan to set up a joint venture for the construction of subways around the world, Moscow Deputy Mayor Marat Khusnullin has said, according to Interfax.

He said that several agreements have already been sealed with Chinese partners, particularly on the implementation of a joint project on transfer hubs and the exchange of information technology.

“We have gained expertise and potentially after 2021–2022, when the main number of metros are completed, we can start building in other countries too,” Khusnullin said, adding that a preliminary agreement with the Chinese side has already been signed.

Since August 2017, CRCC has been building a 4.6km section and three stations on the Large Circle Line in Moscow, which will be completed by the end of 2020. In February, CRCC won another metro construction contract and is expected to start tunnelling next month.

The Chinese firm may also invest around $1 billion in the construction of the first stage of Russia’s administrative and business center, Kommunarka.

The Moscow metro is one of the busiest in the world and is famous for its efficiency and elegance. It features some of the most beautiful stations, many of which are decorated with frescoes, marble columns and ornate chandeliers. It is one of the cleanest metros, with more than nine million passengers every day.

Opened in 1935 with 13 stations, it was the first underground railway system in the Soviet Union. As of 2019, the Moscow Metro, excluding the Moscow Central Circle and Moscow Monorail, has 232 stations (263 with Moscow Central Circle) and its route length is 397.3km (246.9 miles), making it the fifth longest in the world. The system is mostly underground, with the deepest section at a depth of 84 meters (276ft), one of the world’s deepest.

Mishustin Believes Russian GDP May Be Less Than 4%

Warring parties in one of Russia’s most high-profile corporate disputes of recent years have struck a $32 million agreement to settle civil claims related...

President Vladimir Putin said on Thursday that Russia was facing challenges scaling up production of its main COVID-19 vaccine due to problems with equipment...

The Kremlin said on Thursday that Russia’s healthcare system was under “maximum” pressure due to COVID-19 and that more than 90% of hospital beds...

‘We Are Ready to Work with Any U.S. Admin’, Putin Says

Russia is ready to work with any new U.S. administration, no matter who will form part of it, Russian President Vladimir Putin said on...