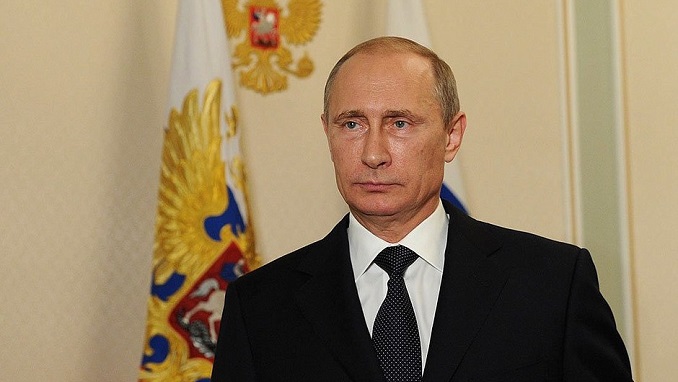 “Expect no significant changes in terms of economic reforms or foreign policy,” said Lilit Gevorgyan, an economist at IHS Markit. “Putin’s election platform – if there is any – is stability or more precisely, no change.”

At the moment, key economic indicators signal a recovery is underway. The ruble is stable, inflation is near a record low and unemployment has dropped. Russia’s economy has been on the mend since Western sanctions and crashing oil prices sent it spiraling into a deep recession in 2015.

But the former KGB agent’s re-election would mean that Moscow is unlikely to tackle reforms needed for the economy to reach its full potential.

Putin has been in charge for 18 years, during which Russia has failed to break its addiction to oil and diversify its economy, analysts say. The country is the world’s largest oil producer – although America is catching up fast – and the industry is dominated by state-owned firms.

“The problem is that there’s no economic dynamism,” said Anders Aslund, a senior fellow at the Atlantic Council. “This is not an environment in which you can expect innovation or entrepreneurship.”

The International Monetary Fund predicts annual economic growth will average just 1.5% over the next five years. If oil prices fall again, growth will be even weaker.

Gevorgyan said that Russia should move to stamp out corruption and nepotism while reducing geopolitical tensions. That would help attract more foreign capital and outside expertise.

“The trouble is [Putin] had almost two decades to achieve these objectives, yet not much has been done,” she said.

The chill from sanctions has deterred foreign investors in recent years and the country’s reputation for bureaucracy, instability, and corruption hasn’t helped.

Foreign direct investment in Russia reached $14 billion in the first half of 2017, according to Russia’s Ministry of Economic Development, marking a recovery from previous years.

But according to Spanish bank Santander, levels of investment are very low compared to the country’s economic potential.

“If you just rely on government investments and companies that are mostly owned by the government… it’s not enough,” said Carsten Hesse, a European economist at Berenberg Bank.