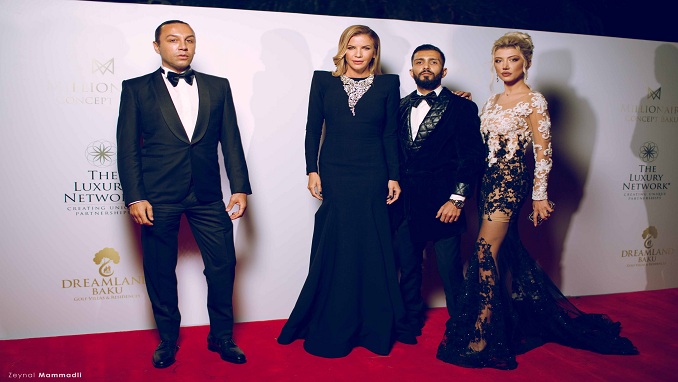 The Millionaire Concept Network, which is in the global spotlight at the moment, has opened offices in many countries around the world – including the United Kingdom, France, the Czech Republic, Turkey, Russia, Latvia, Ukraine, the United Arab Emirates, Albania and Nigeria.

The Millionaire Concept project, which caught the world’s attention last year, will be organized in these countries as well. The second international grand gala night of Millionaire Concept after Baku is planned to be held in London. The idea of the grand event, which is held with the support of AzPromo (Azerbaijan Export and Investment Promotion Foundation), belongs to Agil Mamiyev, a famous influential person and businessman.

“The Millionaire Concept” is a business project, through which brands, entrepreneurs and public figures are joining this association to develop their own business and individual brand. Standard, Gold, Platnium, and Honorary memberships will be included in the project, which will be remembered once a year with a major presentation night. The event was attended by the elite of Azerbaijan and foreign guests, who contribute to the development of bilateral relationship.

Head of PR and Communications Department Vugar Safarli noted that the first gala evening of the project, which took place over three days in the Azerbaijani capital of Baku, was attended by popular influencers and world famous bloggers, who have millions of subscribers on social networks, and Azerbaijani celebrities. The opening of the evening began with a patriotic national dance to show the flavor of the rich culture of Azerbaijan.

At the evening, dishes of national cuisine, songs of famous Azerbaijani performers, as well as nominations for ambassadors were presented. For the development of the fashion industry, fashion shows from leading fashion houses were organized, which added bright colors to the event. The guests were dressed in bright and classic couture and glamorous outfits, reflecting the trend of the day – a beautiful life and the motto of the project “Millionaires from all over the world will meet you in Baku”.

International Director of “The Millionaire Concept” Elkhan Hussein said that the event organized by Millionaire Concept will take place several times throughout the year and inspire everyone to reunite and have a great time in Azerbaijan, in the land of fires.