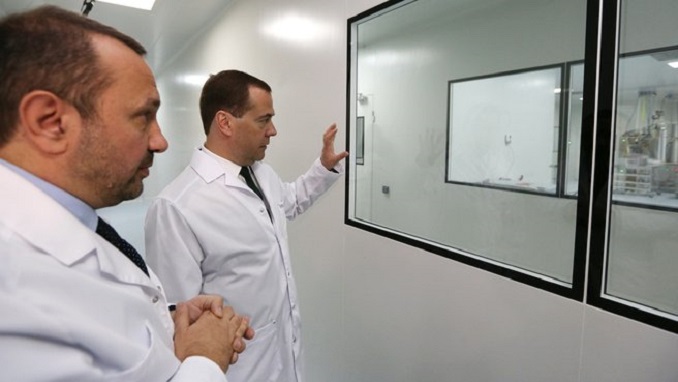 The head of Russian biopharmaceutical company BIOCAD Dmitry Morozov has said that his firm wants to introduce medicines for treating oncological and autoimmune diseases on the Chinese market, which it considers a priority.

In an interview with TASS news agency in Madrid, at the sidelines of CPhI Worldwide, a global pharma industry event, Morozov says it is important for breakthrough medications to get access to the market during the early stage of clinical testing.

“Our company’s priority for today is to enter the Chinese market. The agreement we signed with Shanghai Pharma is also a big challenge for us. The Chinese market is interesting as far as doing business is concerned, especially now when political ties between Russia and China are good, so given this friendly environment, it is easier to solve all issues. By the end of the year, we will complete the groundwork for creating a joint venture and after that, our marketing teams will lay out the priorities and steps for launching our products on the Chinese market,” Morozov said.

The CEO said that the medicines that BIOCAD is just beginning to launch on the Russian and European markets will be one of the first products the company will bring to the Chinese market.

“In Europe, we plan three clinical trials of our drugs to treat cancer patients and those suffering from psoriasis. We have already held consultations with the ЕМА (The European Medicines Agency) and agreed on the protocol design. Similar trials will be done in China and depending on their results, a decision on registration will be taken. The medicines I am talking about now, already exist de-facto, we only need to prove that they are also effective for Asian patients,” Morozov said.