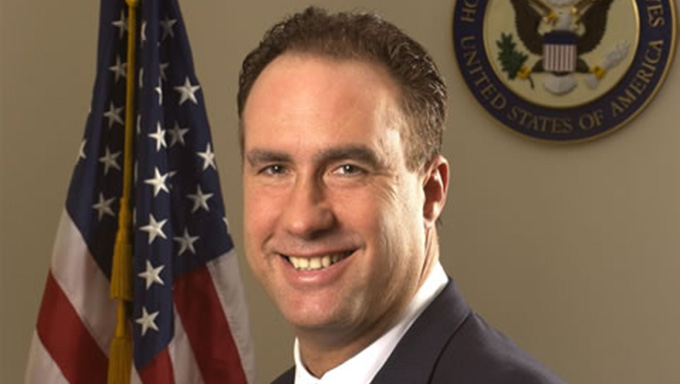 President Lincoln knew the value of engagement. He once remarked, when considering a man causing him problems, “I don’t like that man. I must get to know him better.”

Despite the strained relationship between the United States and Russia, I choose Lincoln’s approach: “I don’t like that man. I must get to know him better.”

We need to stop and consider the impact of Russia-bashing on our long-term geopolitical objectives. Since 2014, we’ve been imposing sanctions on Russia – but we have not addressed those original issues. Yet, some in Congress want to impose more sanctions. It makes little sense. And it pushes Russia to seek alliances with China, among others. This is not in America’s best interest.

Former Ambassador to Russia Jon Huntsman said of the U.S.-Russia relationship, “There isn’t one issue that is impossible to resolve. We can resolve all of them if there is a will on both sides to work towards that end.”

When the U.S. government imposes sanctions on nation-states as a means of changing their behavior, we call it “economic statecraft.” Since the end of the Cold War, economic sanctions have been a U.S. foreign policy instrument of choice – and because we have the world’s largest economy and because most transactions are conducted in U.S. dollars, sanctions work.

In recent years, we’ve been able to better leverage these sanctions because of the world’s dependence on the U.S. financial system, markets, and capital. However, there should be a lifecycle to sanctions. The Cold War is over. Even in tense times, we need balance and dialogue – and even Russia should be allowed to correct its transparency and compliance systems in financial markets, establish a dialogue with the U.S. government, and start the process of moving compliant businesses off the sanctions list, which in turn can benefit the global economy.

President Trump says he believes a better relationship with Russia would be good for both America and Russia. But the current political climate has hijacked the opportunity for real dialogue.

Abandoning bilateral business relationships does not lead to economic stability for any country in the long run. It’s important to help the U.S. and Russia business communities connect and facilitate commercial transactions. Our business communities should have close ties, even during times of political tension, regardless of the geopolitical challenges.

Former Ambassador Huntsman understood that if dialogue ceased between the business and energy communities, it would be even harder to improve the political situation between the two countries.

Sanctioned businesses that show good faith should be able to renew dialogue with the U.S. government and find a path to removal from the list. Of course, trust must be earned through action and demonstrating responsibility. But when these businesses do take action, constructive dialogue must follow. You cannot solve problems if you are not willing to talk about them.

By calling for the G7 to consider giving Russia a seat at the table again, President Trump is seeking to open a working dialogue between our nations. At some point, after so many years of sanctions, the dialogue needs to reopen. We need to return to diplomacy.

This is why I’m working to build relationships between the United States and businesses and development institutions in Russia. It’s time to curtail the heated rhetoric and endless sanctions, and just sit down and talk it out.

As Lincoln explained, the more we engage and get to know one another, the better our chances of promoting peace and liberty – and further the economic interests of America and Russia.

John E. Sweeney is a Republican who represented New York’s 20th congressional district in the United States House of Representatives from January 1999 to January 2007.

**  This material is distributed by John E. Sweeney, Esq. on behalf of State Development Corporation “VEB.RF” through the International Center for Legal Protection.  Additional information is available at the Department of Justice, Washington, DC.

Moscow Says Still Got No Response From OPCW to Request for...