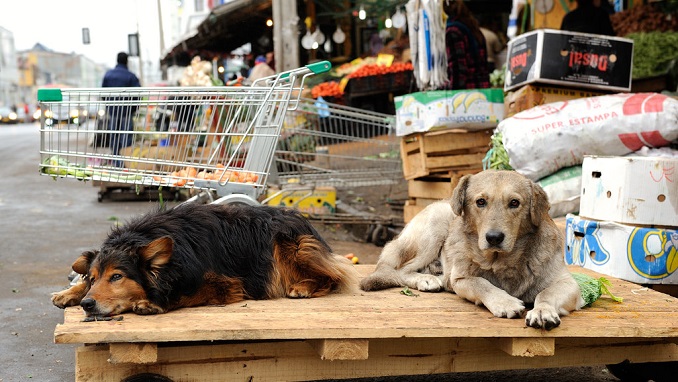 Russia plans to spend close to $2 million in a mass slaughter of stray dogs ahead of the soccer World Cup scheduled to be held in the country next summer, Metro reported.

As the head of the Russian lower house’s environmental protection committee, Vladimir Burmatov, told Parlamentskaya Gazeta: “We have received many appeals from animal rights activists, and just caring citizens, saying mass shooting and euthanasia of stray animals is taking place in a number of World Cup-host cities.”

A total of eleven cities will be hosting this year’s tournament, including Kaliningrad, Moscow, Saint Petersburg and Sochi where the 2014 Winter Olympics took place.

Volgograd, where England play their opening game, has granted some £25,500 to ‘eliminate’ strays, according to a government website showing tenders. However, in Nizhny Novgorod, a total of £185,000 will instead be spent on shelters and immunizing strays.

Moscow alone is believed to have upwards of 35,000 stray dogs. According to PawCulture’s interview with a local animal shelter volunteer, “the problem of the increasing population of wild dogs in Moscow dates back to the USSR when it was normal to toss an unwanted dog out onto the street.”

Over the years, the situation only got worse. The city still hasn’t adopted any laws to protect animals, and so people continue to mistreat and abandon their pets with no repercussions.

Now, with the impending World Cup that promises an influx of tourists and general media attention, Russia obviously wants to clean up its act and instead of dealing with the problem at its core, it has chosen to spend over $1.96 million on deploying “canine KGB death squads” across the country.

A Change.org petition calling to stop the killing of homeless animals in Russia has already gathered around 80,000 signatures. The government has, allegedly, ordered to set up temporary shelters for animals captured near World Cup venues. However, activists claim the money has already been spent on the “death squads.”

The petition was started by Ekaterina Dmitrieva, director of the City Animal Protection Foundation. She accused FIFA of turning a blind eye to the “butchers” and refusing to press the Russian government over the “scandal”.