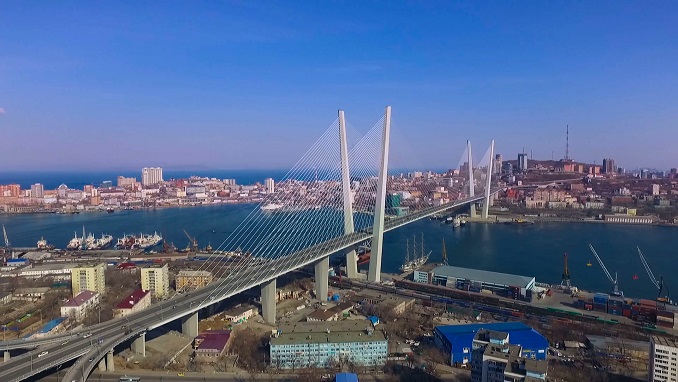 This year’s Eastern Economic Forum (EEF) in Vladivostok will display the unique features of Russia’s 11 regions of the Far East in terms of their potential, tourist opportunities and cultural traditions, the event’s organizers say, according to News D.

The 5th edition of the major economic forum will be held from September 3 to 8. The exhibition “Far East Street”, featuring the constituent entities of the Far Eastern Federal District (FEFD) and federal executive authorities, will be held on the embankment along Ajax Bay, a scenic attraction of Russia.

The EEF is being hosted by Russian President from September 4 to 6 and will be attended by India’s Prime Minister Narendra Modi, among other high-ranking guests.

The EEF presents a major platform for discussing the strategy for developing political, economic and cultural ties between Russia and the Asia Pacific.

During the exhibition, organized by the Roscongress Foundation, a socially-oriented non-financial development institution, all the regions participating will look to acquaint guests with potential investment projects.

This year, the Republic of Buryatia and the Transbaikal Territory, which were included in the FEFD in 2018 in accordance with the decree of the President of the Russian Federation, will be taking part in the event for the first time, according to a statement issued by the EEF and Roscongress Foundation.

The Republic of Buryatia, in particular, will present the Ka-226T and Mi-171A2 helicopters manufactured by the Ulan-Ude Aviation Plant.

With the support of the Ministry of Agriculture, the exhibition will feature the Taiga Crafts Festival and a fish market where visitors can learn more about the cuisine of Far East regions, the organizers said.