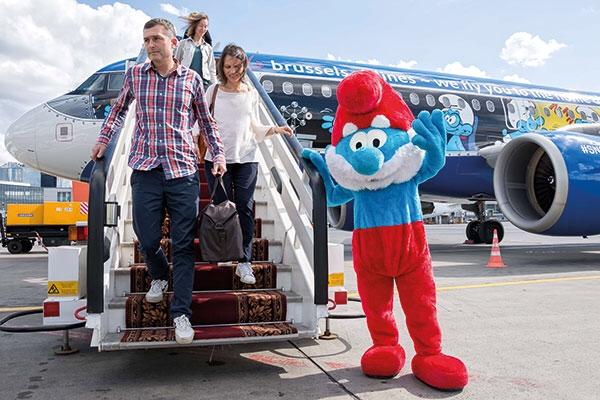 Sheremetyevo International Airport (SVO) held its own ‘Belgium Day’ last month complete with waffles and, of course, a Smurf as the gateway celebrated the launch of Brussels Airlines’ new service to the gateway, Airport World reported.

Indeed, the first flight was served by an ‘Aerosmurf,’ a unique plane with a livery featuring the legendary Belgian comic book creations of Pierre Culliford.

The Ambassador Extraordinary and Plenipotentiary of Belgium in Russia, Jean-Arthur Regibeau, said: “Regular Brussels Airlines flights to and from Sheremetyevo is an important event that marks the beginning of the effective co-operation of Belgium’s national airlines and Russia’s largest airport. This will undoubtedly contribute to the enhancement of cultural ties and business relations between our countries.”