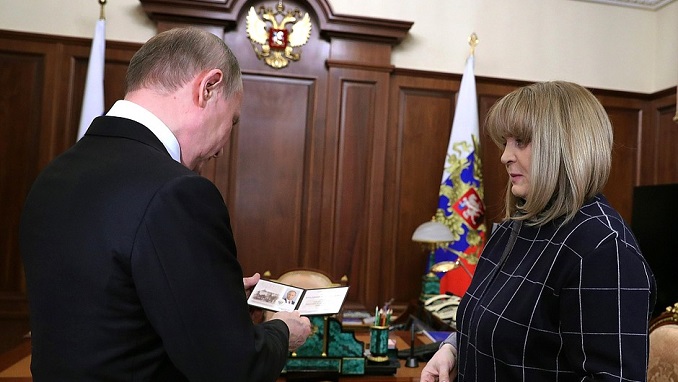 The head of the Central Election Commission, Ella Pamfilova, said that the commission is considering the possibility of holding elections in September (a single voting day on September 13) for two to three days instead of one.

“Although it’s gotten better now (with coronavirus – IF), the epidemiological situation is different in different regions. We are now thinking over – well, of course, not in seven days, this is unrealistic – it may be possible to consider not just one day of voting, and 2-3 days to ensure this security,” said Pamfilova at a working meeting with Russian President Vladimir Putin on Thursday.

According to her, the CEC will discuss “some other measures that provide security and give people an additional opportunity to vote.”

At a meeting of the CEC on Wednesday, July 8, Pamfilova announced a round table with parties, following which, among other things, the commission will decide whether to hold elections in September not on one, but on several days. It will be held on July 16th.

At a meeting with Putin, Pamfilova noted that according to the results of the all-Russian vote, sociological services conducted polls that showed that people “really liked” the procedures that the CEC proposed for security on a plebiscite.

“There were 526,000 observers who worked all seven days with all voting methods. There were observers from 18 parties and 1,600 NGOs. That’s why I think this is a concentrated expression of direct democracy, when people without intermediaries could express their will. In my opinion , only very strange people could be against such a will,” she said.

Reporting on the vote, the head of the CEC recalled that the commission received “an unprecedentedly low number of violations.”

“There were 33 violations, we identified and prevented them. Of the more than 600 appeals that were sent to us, mostly people wanted to know how to vote, the more there was a new electronic voting. Of these, we selected a total of 120 appeals, which we regard as possible complaints at the stage before the vote, and they are all sent to the leaders of the regions and to law enforcement agencies,” Pamfilova emphasized.

Earlier in July, Andrei Klishas, ​​head of the Federation Council committee on constitutional law and state building, told Interfax that parliamentarians were planning to draft a bill on the possibility of holding elections at different levels for several days.

The duration of the will of citizens for several days was used in the course of the all-Russian vote on amendments to the Constitution. Speaker of the Federation Council Valentina Matvienko expressed the opinion that the experience of voting for several days, for example, two or three, could be extended to further elections.

No Need for Turkey to Send Peacekeepers on Nagorno-Karabakh: Lavrov