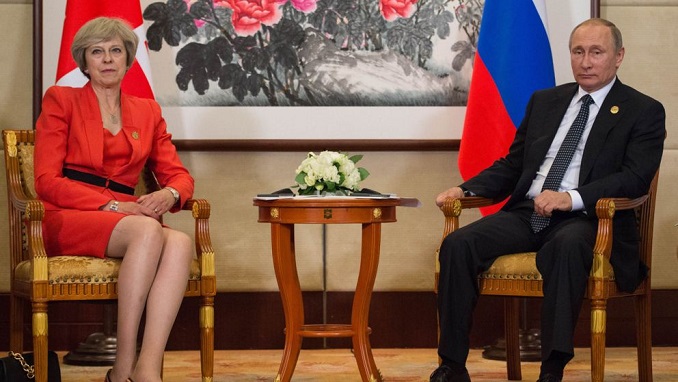 EU leaders will probably remain reluctant to issue a serious reply to Russia for its alleged nerve agent attack on a former spy in England, analysts say.

The UK’s economic ties to Moscow, as well as divided interests within the European Union (EU), thanks to several countries’ heavy reliance on Russian resources, are all in Moscow’s favor, CNBC reported.

“Russia has made clear that it does not see British sanctions as a major threat at this moment,” said Max Hess, a political risk analyst at AKE Group.

He pointed out that as Prime Minister Theresa May announced last week the expulsion of 23 Russian diplomats from the UK, Russia’s state energy giant Gazprom placed €750 million ($923 million) in bonds through the London market.

Alarm in Europe over the March 4 nerve gas attack on former Russian spy Sergei Skripal and his daughter in Salisbury, deemed by British authorities to have been directed by Moscow, manifested itself in vocal exclamations of support and solidarity for Britain from EU member states. Russia has denied any involvement, calling the accusations “fantasy” and “nonsense.”

“I don’t get the feeling that among EU leaders there is a big appetite for additional economic sanctions on Russia,” Dhand said. “In fact, this is quite unlikely. Individual sanctions? Probably, yes.”

According to Alexey Eremenko, a consultant at Control Risks: “For the Kremlin, the scandal is about strengthening the narrative of “Fortress Russia,” besieged by hostile Western nations. For May, the objective is to protect and improve her less-than-stellar approval rating by being tougher than the British authorities were in the 2006 Litvinenko case — another poisoning in Britain attributed to Russia, in which official reaction is now widely perceived as delayed and weak”.

“For both sides, this means a preference for simple and flashy public measures that would look good on Kremlin-funded news networks or in the UK tabloid media,” Eremenko writes in an op-ed for The Moscow Times.