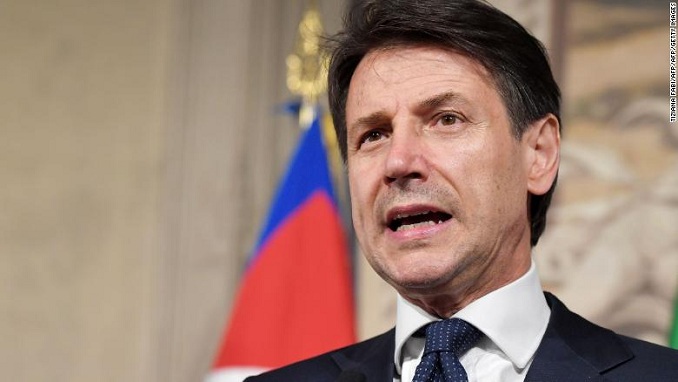 Italian Prime Minister Giuseppe Conte said on Friday he was working to try to end international sanctions against Russia, underscoring the need to have an open dialogue with Moscow, Euronews reports.

“The point is that the sanctions cannot be a final objective, they can only be the means. Maintaining dialogue with Russia is essential and also becomes necessary for us, because we have an intensive commercial exchange, and just like other countries protect their interests, we need to protect our economic interests related to national interests,” Conte said at the Limes Festival, a foreign policy conference in Genoa.

The prime minister went on to note that Italy has a “traditional” tendency for dialogue with Russia.

“With Moscow we are developing what is our traditional inclination to dialogue … We stay loyal to our principles, our values, follow our strategies, but also try to always have an open dialogue,” Conte added.

The Italian government, formed last year by a coalition comprising the anti-establishment Five Star Movement (M5S) and the euro-skeptic Lega party, has consistently called for the lifting of anti-Russian sanctions.

According to business lobby group Confindustria Russia, Italian exporters have lost nearly 7 billion euros due to the European Union’s sanctions and Moscow’s retaliatory measures, with Italy’s exports to Russia having decreased 30% since 2014. Losing a significant portion of the Russian market, which was hastily scooped up by other large international players, was a major blow to Italian businesses, the group said in October.

Relations between Moscow and the West deteriorated in 2014 after Crimea’s reunification with Russia and amid the crisis in eastern Ukraine. The European Union and the United States imposed restrictive measures against Russian individuals, companies and economic sectors. Moscow has responded by imposing restrictions on food imports from the countries that supported the sanctions.

Russia’s Gamaleya Says Those Recovered from COVID-19 Can Be Vaccinated within...