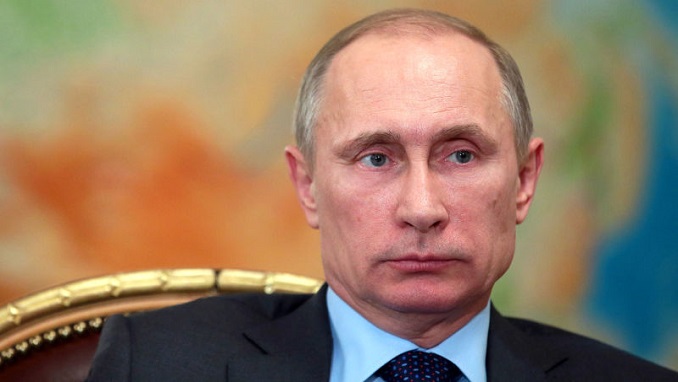 The Kremlin has asked some Russian companies to mount internal information campaigns to boost turnout in a nationwide vote on constitutional reforms that could allow President Vladimir Putin to keep power until 2036, documents seen by Reuters show.

The documents, sent to at least three large private companies to help them explain the reforms and voting procedures to employees, also show a prize draw will be held near polling stations to attract voters, offering those who vote the chance to win a car or apartment.

Reuters could not ascertain how many companies had received the documents or whether state firms had received the same advice. The Kremlin and the Central Election Commission did not respond to requests for comment.

Though encouraging turnout is legally permissible, the draw will enable companies to check which of their employees has voted, as those who enter the draw will receive a unique QR (quick response) code that means they can be traced.

A high turnout would be likely to improve the already high chances of the constitutional changes being approved in the vote, which is taking place over seven days – from June 25 until July 1 – to reduce the risk of spreading COVID-19.

It would also help the Kremlin show there is wide public support for the changes, which include an amendment that would allow Putin two more six-year terms as president if re-elected. Current constitutional limits bar him from seeking re-election when his mandate ends in 2024.

The Kremlin has said the constitutional reforms are needed to enshrine key rights. Authorities have tried to boost turnout before, by laying on free food and entertainment near polling stations, Reuters writes.

During Putin’s 2018 re-election campaign, voters were encouraged to take polling station selfies in a contest to win modest prizes. Several people told Reuters at the time their bosses had told them to take part to prove they had voted.

The documents, authenticated by three corporate sources, include a note to companies explaining what they called Project “Mobilisation in companies 2020” and a timetable with instructions on how to encourage employees to vote.

In a section entitled “Additional information on those who did not vote at the polling station on election day,” the advice to companies is: “(Send a) reminder of the need to vote (by telephone, SMS or text message)”.

One of the documents sent to companies offers talking points for discussions with employees entitled “Answers to tricky questions”. The first hypothetical question is: ‘Is it true that Putin is changing the constitution for himself so that he can remain in power’?”

Part of the suggested response is: “Putin is doing this for us so that whoever comes after him could not collapse the country like (Mikhail) Gorbachev and (Boris) Yeltsin did.”

The briefing note also told company bosses to tell staff that Putin had been forced to change his mind about how he conducted a power transition because of global instability. “Putin could stay in power without any official title,” said the document. “Putin is Russia’s national leader.”

Siemens to Step up Russia Investment Despite Crimea Scandal