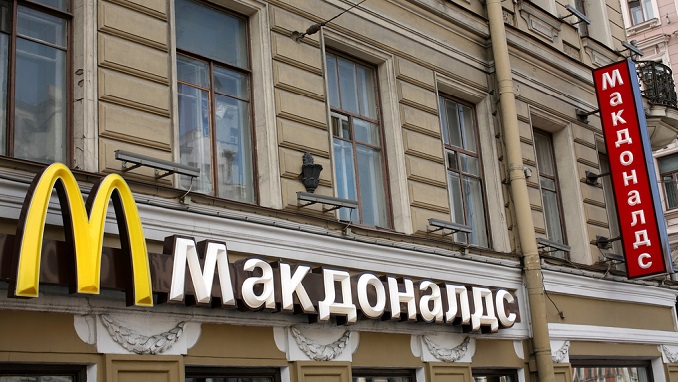 Earlier this year, the company boosted the share of Russian suppliers its restaurants use to 98%. At the same time, it has embarked on a marketing campaign to drive home the point that in Russia McDonald’s doesn’t have to be an American company, despite being a leading ambassador of American culture after opening its first restaurant in Moscow in 1990.

“People are only now starting to understand: We’re one of the most Russian companies there is,” Moscow-based McDonald’s spokeswoman Elena Chilingaryan said.

McDonald’s has succeeded world-wide in part by finding local suppliers wherever its restaurants operate, shortening supply chains and insulating against foreign-exchange volatility. But as tensions between Washington and Moscow rise, the company is finding that strategy can ease political pressures as well.

“Even though it’s an emerging market, over time Russia’s been pretty good to McDonald’s,” said Sara Senatore, senior analyst for U.S. restaurants at Bernstein Research.

Last year, a Russian lawmaker has tried to make McDonald’s register as a “foreign agent” in Russia. Boris Chernyshov, a 26-year-old deputy in the State Duma, told Russian media that the U.S.-based restaurant misleads Russians about the long-term health risks of its products, and wants regulations that would require McDonald’s advertisements to be labelled as having come from a “foreign agent.”