A Moscow has denied bail to Michael Calvey and ruled to extend the house arrest of the U.S. investor and his partner, French citizen Philippe Delpal, until January 13, Echo Radio reported.

Calvey and several other executives and employees of the Russia-based private-equity group Baring Vostok were detained in Moscow in February and charged with financial fraud.

They all deny any wrongdoing and say the case is being used against them in a corporate dispute over the control of Russian bank Vostochny. Calvey was released into house arrest in April and had hoped to win more freedom in court.

“The court’s decision to uphold the extension of house arrest for Michael Calvey and Philippe Delpal is unfounded. The courts continue to ignore evidence of our colleagues’ innocence and the absence of a crime as such: Vostochniy Bank received high-quality assets that were complementary to its business at a market price. This was confirmed by an expert valuation of the shares commissioned by the investigator, as well as by a binding offer from the market to purchase the shares,” Baring Vostok said in a statement.

Baring Vostok is one of the largest and oldest private-equity firms operating in Russia since the early 1990s, managing more than $3.7 billion in assets. The company was an early major investor in Yandex, Russia’s dominant Internet search engine. 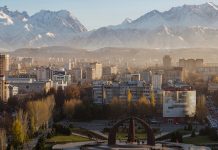