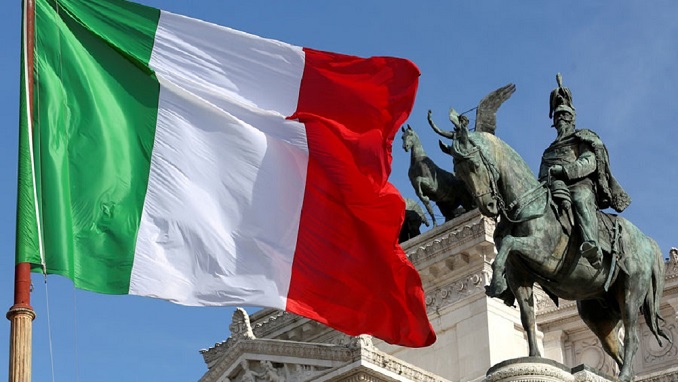 Officials at the European Union are likely to be concerned by a power-sharing agreement between Italy’s two government-forming populist parties, CNBC reported.

A coalition between the left-wing Five Star Movement (M5S) and the far-right Lega is all but agreed upon, meaning the two unlikely actors will clinch power in the southern European nation, forming a government after neither party gained enough seats at the elections in March to govern alone.

On Friday, the two parties announced their plan for the next four years, which among other provisions, includes a call for an end to EU sanctions on Russia. Since the annexation of Crimea, in 2014, the EU has applied restrictions to Russian companies and citizens.

The document also says the parties will aim for a “necessary” re-discussion over European treaties, a “reduction” of the powers coming from Brussels, and a return to a pre-Maastricht setting.

Under an accord signed in the city of Maastricht in 1992, European countries are supposed to comply with euro-wide fiscal rules. This means that their debt-to-GDP (gross domestic product) ratio should not exceed 60 percent and their public accounts should not register a deficit above 3 percent of GDP. Italy’s debt stands at about 132 percent of GDP and the country registered a deficit of 2.3 percent in 2017.

M5S and Lega also demand a renegotiation of how much Italy pays into the EU budget while adding that they are against large EU trade deals, like the one signed with Canada and the agreement that was being negotiated with the U.S. prior to the arrival of the President Donald Trump administration.

Italian borrowing costs surged following the announcement of the government program. The yield on the 10-year Italian note rose to 2.21 percent at about 11.40 a.m. London time Friday. The sovereign bond was on track for its biggest weekly jump since June 2015.

German Business Association Calls on Us to Lift Sanctions Against Nord...

Russia in Total Domination of Trade Within EAEU