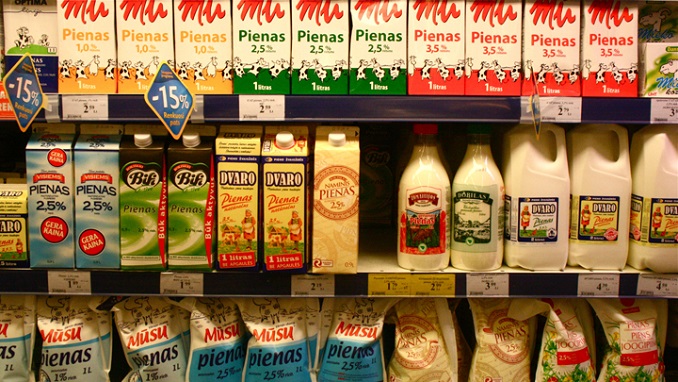 A new Russian digital track-and-trace system planned by the government could drive up prices of common consumer goods, Reason.com writes.

The government recently announced that the system, which already includes identification measures for some products, such as pharmaceutical drugs and alcohol, will be expanded to almost all common goods.

Launched in 2018, the Chestny ZNAK system is designed to authenticate merchant transactions by assigning unique IDs to physical goods—sometimes with a QR code, sometimes with a radio-frequency identification (RFID) tag, sometimes both. The code is scanned when the product is purchased, and the transaction is then registered in a government database. If a product is mislabeled, the business owner can be held criminally liable.

Russia isn’t the only country with such a system. But the Russian approach stands out in that the government wants it to cover all products eventually, from medicine to tobacco to clothes to groceries. Authorities claim this will combat the distribution of counterfeit products.

Whether or not it will do that, it will certainly burden businesses, industry players say.

“Russia’s dairy industry will have to pay around 20 billion rubles ($319.6 million) per year,” writes Julia Osipova, managing partner at Uvarovsky, one of the largest dairy producers in the Moscow region. That amount is greater than the subsidies the industry receives from the state.

Artem Belov, general director of the milk company Soyuzmolokо, argues that the dairy market doesn’t have a contraband problem. The real issue, he says, is if the dairy products don’t contain the ingredients outlined in the label.

And while Chestny ZNAK’s defenders claim the labeling will benefit consumers, it could easily cause price increases for basic goods such as food and clothing, as businesses try to cover their higher costs. The government’s attempt to crack down on counterfeit goods is not only burdening consumers with higher prices, but also confusing them about the effectiveness of the labels, analysts say. Whether they have significantly reduced the amount of counterfeit goods in circulation is yet to be determined.

Moreover, the system’s ability to trace products from manufacturing to point of sale makes it easier for the state to monitor consumer activity under the guise of promoting market transparency, retail analysts told Reason.com.

Roscosmos Ready for Negotiations with NASA on Moon Exploration Projects