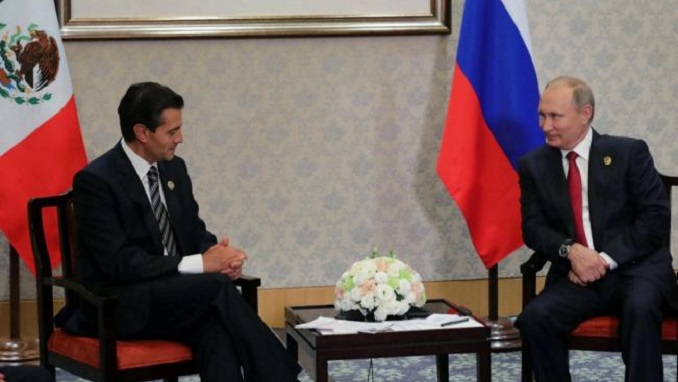 Russia has increased its investment in Mexico by 400% during president’s Enrique Pena Nieto’s government, American-Spanish language media outlet Univision reports, noting Moscow’s trend of warming up to the country “at a time when the U.S. is planning to raise walls”.

Despite Russia’s investment in Mexico now reaching only $14.4 million, a small amount compared to capital invested by other nations, these transactions marked an unprecedented rapprochement between the Kremlin and Los Pinos (the president’s official residence).

Prior to Nieto, Russian investments to Mexico were almost nonexistent and they passed unnoticed in the media. However, the Russia-Mexico relations gained particular relevance since the U.S. is threatening to exit the North American Free Trade Agreement (NAFTA) pushing the Mexican government to look for new trade partners worldwide.

This hasn’t gone unnoticed in Washington. Last week, Secretary of State Rex Tillerson spoke about the growing presence of Russia in Latin America and warned that the region should be protected from “distant powers that do not reflect the shared fundamental values”.

“The growing Russian presence is alarming because it continues to sell arms and military equipment to hostile regimes that neither share nor respect democratic values,” Tillerson said before embarking on a Latin American tour that, in addition to Mexico, took him to Argentina, Peru, Colombia, and Jamaica.

The new Russian investments do not begin to compare with the more than $10 billion that the U.S. annually invests in Mexico, but, undoubtedly, they broke a record in the relations between Los Pinos and the Kremlin.

It should be also mentioned that last December, Washington warned of possible signs of Moscow’s interference in the Mexican presidential elections.

In 2012, there were 52 Mexican companies with Russian investment capital; by the end of 2017, there were 79 such companies in diverse sectors such as aviation, energy, hotels, telecommunications, information technology, according to Promexico, the governmental agency that promotes Mexican commerce abroad and which has an office in Moscow.

In summer 2016, when Trump strengthened his bid for the republican nomination, Russia invested 1.7 million dollars to buy pipes for the transport and storage of natural gas in 12 Mexican states, according to the Secretary of Economy.

In 2017, Russian investments in pipelines grew five-fold, up to 9.8 million dollars.

By mid-2017, two contracts for oil exploration in the Gulf of Mexico were secured by the Russian oil company LUKOIL, which announced an investment of 50 million dollars during the following months.