This new vehicle, for which Boguslavsky is once again the main LP, is three times larger than RTP Global’s first fund which was launched in December 2017 and totaled $200 million. Investments out of the previous fund include Smarter Sorting (U.S.), Cuvva (UK), CoachHub (Germany), Cred (India), and Zenyum (Singapore).

Boguslavsky told TechCrunch that RTP Global is geographically focused on North America, Europe, India, and South-East Asia, with dedicated investment teams servicing each region. Specifically, this new “Fund III” will be managed from existing offices in New York, Moscow, and Bangalore, as well as new offices in London and Singapore.

With regards to investment thesis, the fund plans to back early-stage companies in verticals such as mobility, AI, SaaS, fintech, food-tech, health-tech, prop-tech, insur-tech, and sport-tech. In other words, a pretty wide remit.

“Our investment focus is ​on early-stage technology companies,” says Boguslavsky. “The core is Series A, but we also consider late-Seed companies and Series B. The ticket size varies according to geography, though our initial ticket is usually in the $2-7 million range.” 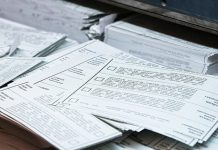