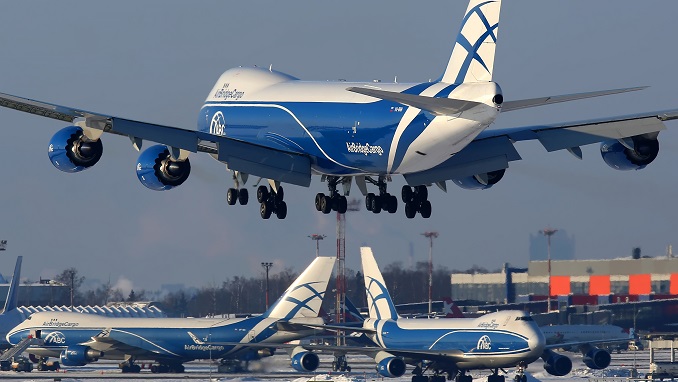 The British partner airline of Russian freight carrier AirBridgeCargo, part of Russia’s Volga-Dnepr Group, has decided to suspend operations, claiming it is “extremely difficult to sustain commercially viable operations” in the light of the latest Coronavirus-affected market developments.

In an already tough marketplace, and with China as its main market, CargoLogicAir has taken a heavy blow from the on-going Coronavirus (Covid-19) quarantine measures.

CargoLogicAir has not thrown in the towel though. The company told Rusaviainsider.com that it is maintaining close contact with the UK’s Civil Aviation Authority (CAA) “to ensure a smooth transition period” – but has not indicated if the airline will cease operations altogether.

A spokesperson for the CAA confirmed that “CargoLogicAir Limited, which operates from London Stansted Airport, has had its Operating Licence and Air Operator’s Certificate Operating Licence suspended for a period of three months from today (February 27, 2020), at the request of the company.”

Last year it operated a fleet of three Boeing 747-400Fs and a B747-800F based at London’s Stansted airport. The original plan was to add another aircraft in 2020. However, in November 2019 CargoLogicAir announced it was downscaling its fleet to just two aircraft due to the “complicated market situation.”

Together with its AirBridgeCargo sister company, it also reduced the number of scheduled flights by eliminating services from Frankfurt to Chicago and Atlanta and from Chicago via Atlanta and Oslo, and from Moscow to Hong-Kong.