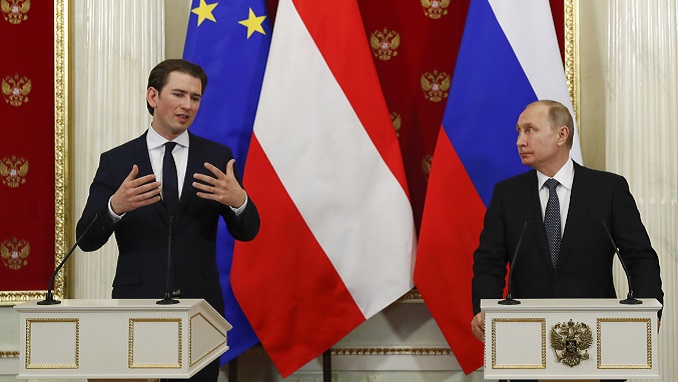 Russia will continue to liberalize the legislation in the business sphere to provide foreign investors a healthy business climate, President Vladimir Putin said on Tuesday at a meeting with the Austrian business community.

“We will continue to do everything needed, in particular, for the Austrian business to feel comfortable on the Russian market. We will proceed with consistent work on liberalization of laws in the business sphere, reduction of the administrative and tax burden on business, and improvement of the financial-credit and banking systems,” Putin said according to Russia’s state-owned news agency TASS.

At the same time, Putin mentioned a deal between Russia’s Gazprom and Austria’s OMV for joint implementation of the Nord Stream 2 project. According to the president, this will make possible to mitigate transit risk and provide the European economy with extra gas volumes totaling 55 bln cubic meters.

“Gazprom and OMV are ready for joint implementation of the Nord Stream 2 pipeline system. It will enable mitigation of transit risks and provision of an extra volume of 55 bln cubic meters to the European economy,” Putin said.

The two countries have prospects of developing relations not merely in the energy but also in mechanical engineering, woodworking, transport and logistics, the Russian president said earlier during the visit to Austria.

According to The Guardian, Putin used his visit to Austria to lobby for the phasing out of economic sanctions and dodged questions about the shooting down of flight MH17 during his first state visit to an EU member state since being re-elected as Russian president in March.

“Both those who initiate these actions and those such measures that we call sanctions are aimed against, find them harmful,” Putin said in Vienna on Tuesday, claiming that European countries were merely “finding it hard to say so”.

Austria is not a member state of NATO and was one of the few EU countries not to expel Russian diplomats over the Skripal attack. The country also continues to be a major hub for the import of Russian gas into Europe, and its trade with Russia increased by 40% over the past year, in spite of the sanction regime.