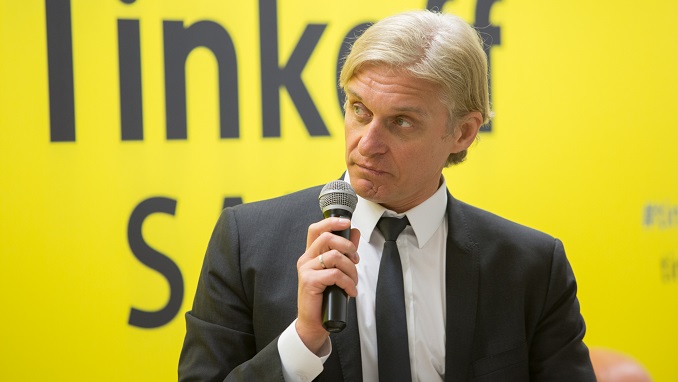 Russian billionaire banker Oleg Tinkov was forced to post bail of 20 million pounds ($25.6 million) to remain free in London as he fights the U.S. tax authorities, the Financial Post reported.

The U.S. Internal Revenue Service (IRS) has accused Tinkov of filing a false tax return and underreporting his 2013 income, according to the media.

The founder of TCS Group Holdings, a digital financial services company operating in Russia, gave up his U.S. passport in 2013, the same year he sold shares in his company on the London stock exchange. His net worth is estimated at $2.5 billion, according to Forbes.

“We are not able to disclose more details of the case, but Mr. Oleg Tinkov is confident that it will be resolved as swiftly as possible,” TCS said in a statement on Friday.

U.S. passport holders must pay an “exit tax” to the IRS when they give up their American citizenship. The tax is based on the profit Tinkov would have made if he sold all of his assets at the time he relinquished his citizenship.

The United States is one of the few nations that requires its citizens to pay taxes even if they live and earn their money abroad, pushing some American passport holders residing in low-tax nations to surrender their citizenship.

The highest income tax bracket at the time Tinkov relinquished his U.S. citizenship in 2013 was 39.6 percent compared with a 13 percent flat income tax in Russia. The United States also has higher capital gains taxes than Russia.

Tinkov Bank, the main operating asset of TCS, is one of the most successful privately-owned banks in Russia, where many have gone bust amid risky lending.

TCS, which is valued at $4.4 billion, said the London trial will not affect any of its businesses.

Jamaica Keen to Serve as Caribbean Hub for Russian Tourists