Russia is ready for any developments in the world after the U.S. presidential outcome is summed up, Russian Foreign Minister Sergey Lavrov said in an interview with international news agency Kazinform, as reported by TASS.

“We presume that it is early to discuss the consequences of the U.S. election for international relations before the official results are announced. This is our principled position. Certainly, we are carefully watching what is going on the other side of the Atlantic, we are ready for any developments,” Lavrov said, commenting on how Joe Biden’s presumed win could influence the situation in the world.

Russia’s top diplomat pointed out that judging by Biden’s remarks “we could suggest that U.S. foreign policy, in case of his victory, would fit more with the ideas promoted by [ex-U.S. President] Barack Obama back then.” 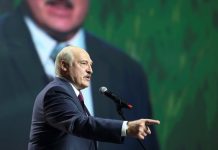