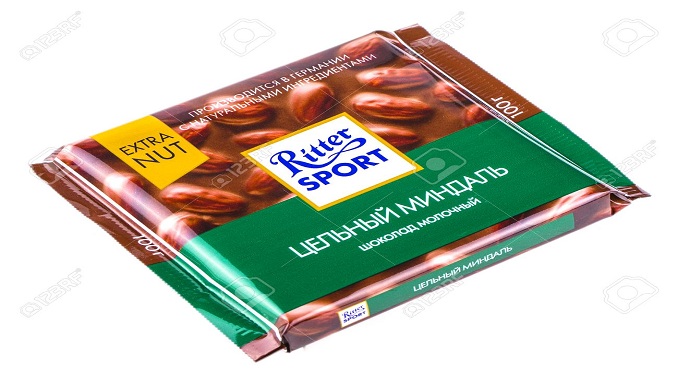 The Russian market has grown into the second-largest for German chocolate manufacturer Ritter Sport, a top executive at the company has told the German-Russian Chamber of Commerce, RT reports.

The company, famous for its signature square bars, has seen its sales fall across Europe – with the exception of Russia, where they surged by 13 percent in 2017. Ritter Sport Director General Santiago Gonzalez said that the company has been doing well in Russia in recent years, where it has managed to gain more than six percent of the market share.

“It was a very positive time for our company,” he told the German trade lobby, which represents over 800 German firms in the country.

“Russia is the second-largest sales market in the world for Ritter Sport after Germany,” Gonzalez revealed.

Germany is Russia’s second-largest trade partner behind China, with the trade turnover hitting nearly $70 billion in 2018 – up 8.4 percent compared to the previous year. The bilateral volume of trade kept growing despite Western sanctions against Moscow and threats from the U.S. to penalize German companies involved in the Russia-led Nord Stream 2 gas pipeline project.

India on Track to Have Its Largest Wheat Harvest Ever