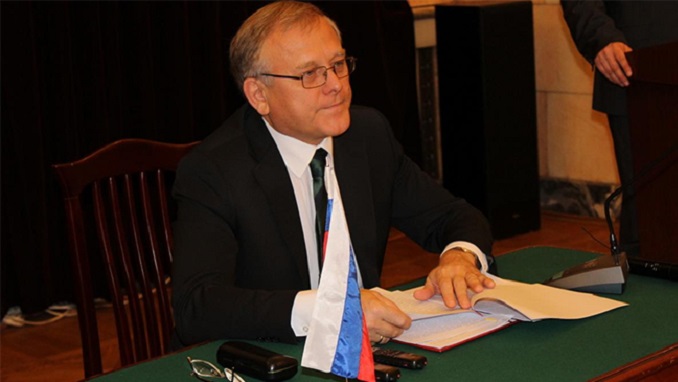 “Many governors have started to deport Koreans in order to report early implementation [of the resolution],” he said, adding that the move demonstrates Russia’s commitment to the implementation of UN Security Council decisions, The Moscow Times reported.

Matsegora said the move will have a serious impact on the Russian economy, especially in the Far East, which is estimated to host some 50,000 workers from North Korea. Russian authorities say the number is closer to 12,000.

“This will deal a blow to the Russian economy, a serious blow, especially to the Far East,” the ambassador said.

The diplomat said that the Russian authorities do not forcefully deport North Koreans who do not want to return back.

“We don’t return anyone to North Korea by force. We have never done,” he said.

On December 22, the United Nations Security Council has further toughened sanctions against North Korea following a ballistic missile test on November 29. The resolution imposes a ban on supplies of crude oil and oil products and insists all countries expel North Korean labor migrants. The move is intended to deprive Pyongyang of sources to finance its nuclear and ballistic programs.

According to U.S. diplomats speaking to CNN, up to 80% of the North Korean workers’ earnings are sent back to Pyongyang to help prop up the regime of North Korean leader Kim Jong-un.

The United Nations has expressed concern that this money — totaling to $500 million a year from North Korea’s expatriate workers globally — helps to fund Kim’s missile and nuclear programs. Resolution 2397 states that all North Korean workers must be sent home by December 2019, cutting off a crucial source of income for Pyongyang.